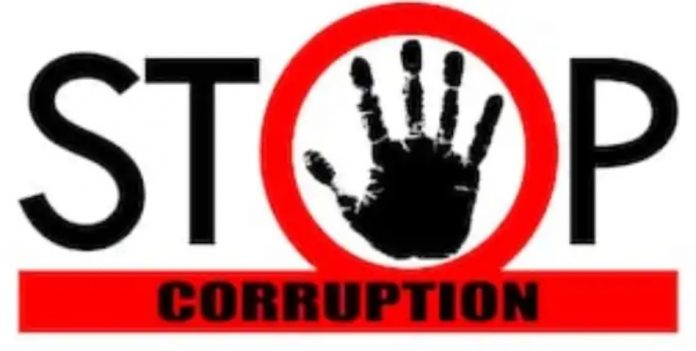 Arun Yadav| Correspondent
Bulandshahr: Bulandshahr Police on the initiation of Senior Superintendent of police; Prabhkaran Chaudhary has displayed a banner on walls of each and every police stations under the district wherein common people are invited to lodge their complaint directly informing to the SSP office through a mobile number 9454458332 or  send a message of their issue being faced by them during visiting police stations, reporting complaints/FIRs and or in case of demand bribe for attending their problems. 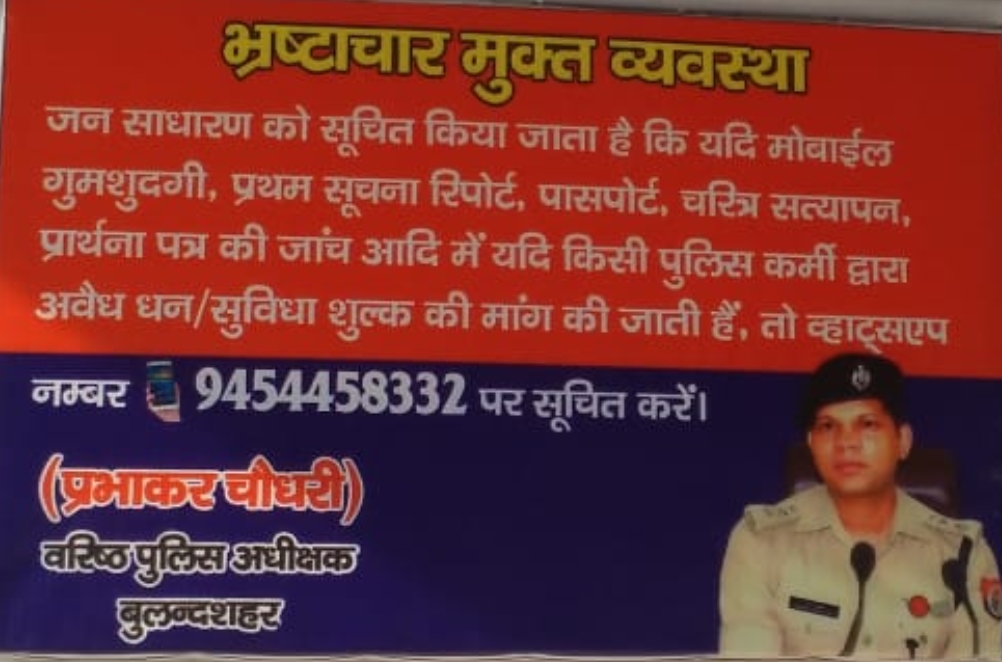 It is a step of Prabhakarn Chaudhary, the SSP to weed out corruption from all the police stations under Bulandshahr district. It is a very common phenomenon faced by public to be asked bribe by police personnel even for lodging FIR at the time of commiting crime being faced by victims itself. It is also very commonly seen that if bribe is not given, the FIR is being delayed and the accused are absconded from the crime scene due to delay in reporting in crime.

Now a days, it is very commonly fact expected by public that while entering into the police station they shall be asked to pay “service money” by the police deployed there are the reporting room.
No doubt, the simplest way of weeding out corruption from the day today lives of police a small banner depicts a lot or atleast fill the courage to the public to atleast contact the number given therein.

Similarly this correspondent also called the number given on the banner as “9454458332”  and wanted to talk to the SSP himself and he was told by the person who attended the call who himself introduced as Constable Suraj, ” when we receive any complaint on this number right from morning to 2 pm we send a report to the SSP sir at 2o clock, and another report is being sent everyday at 11 pm in the late night, received right after 2 pm to 11 pm. Everyday twice reporting in form of phone calls or Whatsapp messages are being presented to the SSP sir everyday.”
For changing image of police SSP Bulandshahr made a banner in all the police stations of Bulandshahr which indicates Mobile number of SSP Bulandshahr and a message is flashed there as ” if any police person demands any briber for any police verification or any other police work kindly call my no. given”
It show that Prabhakarn Chaudhary SSP Bulandshahr geared up against corruption it seems that results may be reporting soon in a couple of days.

When this correspondent of A News Of India tried to contact SSP himself on his number the SP City Atul Shrivastava picked the call and informed that the SSP on leave and he is looking after, he can be contacted tomorrow morning and also informed, “this is a kind of an action to facilitate and motivate common people to come forward and bring matter to the higher Authority and to make system in a transparent manner and to make police sensitive towards public in order to redress their grivances.”