Noida: UP’s Special Task Force got success in arresting a rewardee and an active member of Babariya gang and seized a pistol and cartridges from his possession.

It is informed that on dated 24th May, 2017 a crime was reported from Gautam Buddha Nagar near Sikandrabad Road where a family was looted by a gang members who were moving on the car in the midnight. This crime was committed by some unidentified persons who had scattered nails on the main road to flat the tyre of the vehicle moving on the road with a hidden motive to loot the travellers, after making puncture of the tyre after using of nails thereafter to loot the persons moving on the vehicle.

When the tyre of the said vehicle got puncture the gang behind the scene of this crime hold the family and started robbing  man and woman brutaly.

During this incident a person was also killed by gang members due who was opposing the move of this gang. Although police had already arrested some members of this gang but an accused of this case was absconding since the day of crime.

Special Task Forces was following this case and in this regard STF had received certain information about him and had laid a trap to arrest the main kingpin of this crime.

As per information given by UP’s STF by Inspector Jewar, the STF team had surrounded the entire area and arrested Monu alias Kanahiya son of Rajveer resident of district Alwar from Rajasthan and also seized a motor bike and pistol with cartridges.

“We have arrested Monu who was absconding in a loot case of Sikandrabad and had murdered a person in the said case and was wanted in the case. The government had also announced a reward of Rs 50000 on his head” said police officer 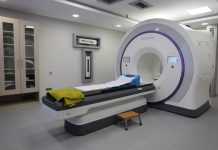 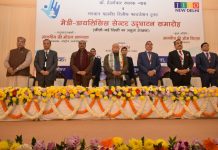