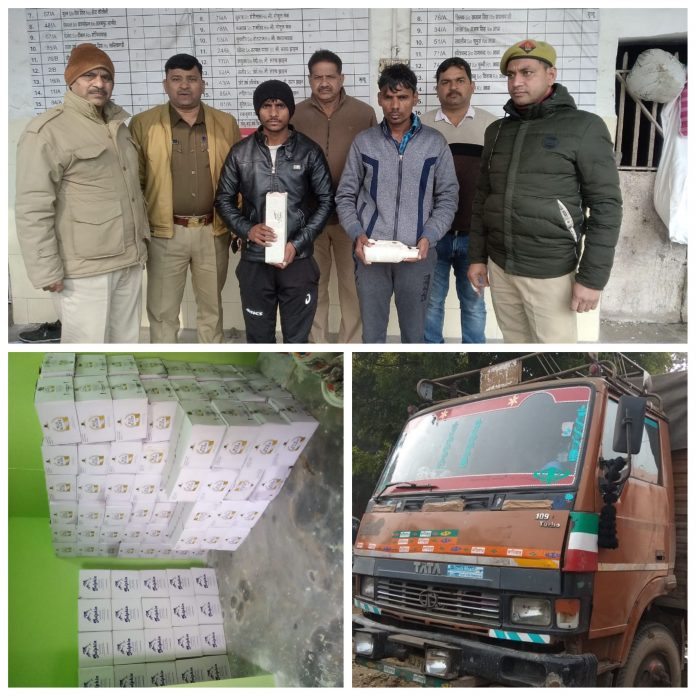 Bulandshahr: Sikandrabad Police got big success in arresting of two accused who were trying to supply illegal liquor in Uttar Pradesh.
Police seized 130 Box of illegal liquor.
Suraj Singh Inspector Sikandrabad received an information that some people may be move in Sikandrabad area with illegal liquor.
Suraj Singh took this information serious and made a team and started action at Bhattpura cut near Bypass Ghaziabad.
Police team started checking of each suspicious vehicles on spot.
According to Santosh Singh SSP Bulandshahar, ” As per information, Inspector Sikandrabad with police team, was checking of each suspicious vehicles. During checking police saw a Hariyanas number moving vehicles from Ghaziabad. Police took intern action and arrested two accused Rajkumar and Deepak. Police seized that vehicle with 130 box illegal liquor”.
” According to market the worth of seized illegal liquor may be 8 lacs” said Santosh Singh.