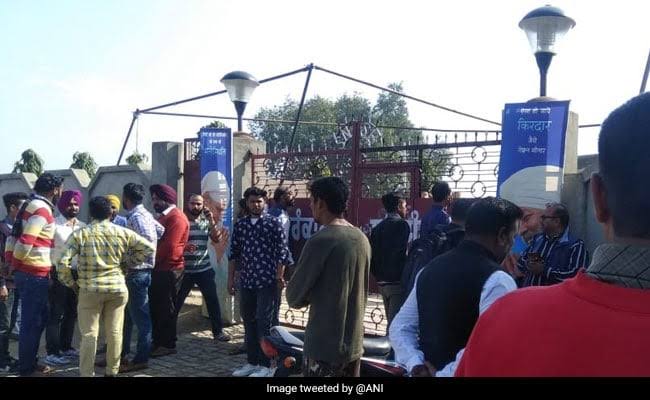 Amritsar: Three persons were killed and at least 10 injured in a grenade attack on a religious congregation on the city outskirts on Sunday, police said.

The attack took place inside the Nirankari Bhavan at Adliwal village near Amritsar’s Rajasansi, close to the international airport, police said.

A religious congregation of the Nirankari sect was being conducted inside the Bhavan at the time of the incident.

It was morning as usual at the prayer hall of the Nirankari spiritual group in the town of Rajasansi in Amritsar district. Around 250 followers had gathered for Sunday prayers when, according to eyewitnesses, two men arrived on a motorcycle and threw a grenade at them. The attack, which has been described by the police to be a “terrorist act”, left three dead and several injured.

After the attack, Punjab chief minister Amarinder Singh reviewed the law and order situation and directed the home secretary, DGP (Law and Order) and DG Intelligence to rush to Rajasansi to supervise investigations.

“It (this incident) appears to have a terror angle. Because it is against a group (of people) and it is not against any individual. There is no reason to throw a hand grenade on a group of people, so we will take it as a terrorist act. Till proven otherwise, prima facie we will take it as that,” Punjab Director General of Police Suresh Arora told news agency PTI.