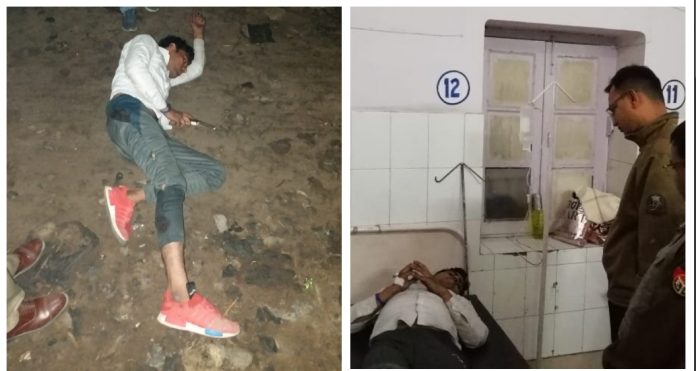 Ghaziabad: Two criminals arrested in Kotwali area early morning hour after exchange of fire between police and the criminals. There are criminal cases registered against both the both the arrested person.

The arrested persons have been identified as Sanju of mathura and another as Rashid of Baghpat. Both the arrested criminal used to commit theft and robbery in trains and have many criminal cases against them in various police stations in many districts of UP.

Sanju got injured in exchange of fire with police, while one of the constables of Ghaziabad police was also injured in the process. They have been admitted to hospital. Further details being found out.

The police also seized 2 country made pistols, one looted mobile, one looted chain and one stolen motorcycle from the possession of the arrested accused.