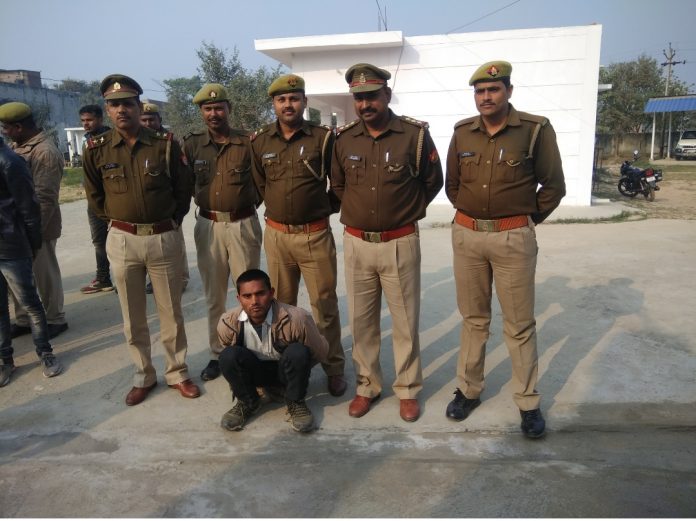 Sant Kabir Nagar: Khalilabad Police arrested a murdered accused and recovered murdered weapon with in 24 hrs.
On 10th January 2019 at Banheta Village a person was killed when he intrupt a drunken man.
PS Khalilabad SHO received murdered information from Benheta village where a drunken man killed a person only thing that he was intrupted.  PS Khalilabad SHO Manoj Kumar Tripathi made a team and as per input arrested accused namely Adarsh son of Kashiram resident of Benheta village.

According to Akash Tomar, SP Sant Kabir Nagar, ” In Benheta Village Adarsh was in  drunk position and was abusing in openly . Seeing this unsocial actively  a person tried to stop Adarsh but Adarsh was drunk and attacked  that person by rod of handpump.
The attacked by iron rod was heavy hitted that person and person  died in spot”.
” With in 24 hrs our police arrested Adarsh who killed that man when he was interrupted. Police recovered the handpump rod too and in this regard deceased wife’s loadged a FIR against him”. Added Akash Tomar.