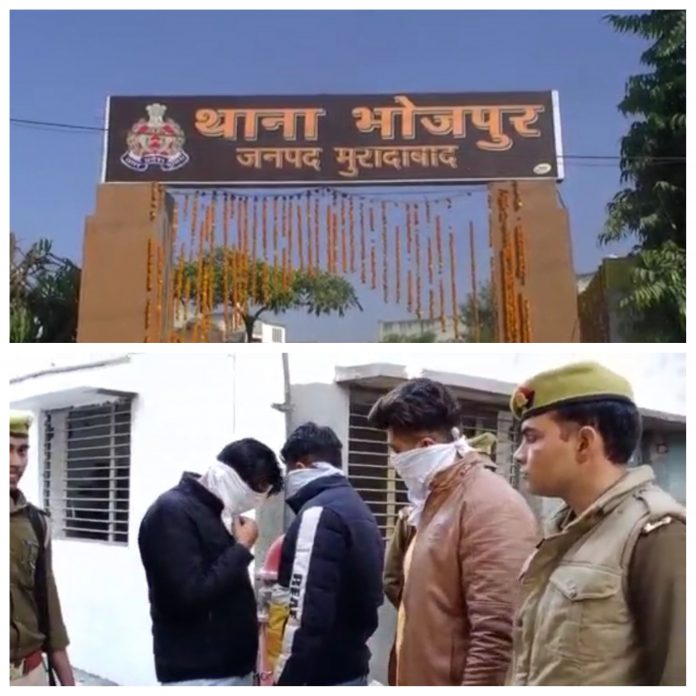 Moradabad: PS Station Bhojpur police arrested three accused including 2 police person on charge of kidnapping of youth.
In day light a youth was kidnapped with his car under PS Bhojpur. As soon as PS Bhojpur police received complaint from parent’s of victim regarding kidnapping and ransom of one lakh.
According to SP RA Uday Shankar, Moradabad, ” police received complaint of Kidnapping and demanding ransom of one lakh from victim Salman’s family. We made a team and arrested Akshay, Nikhil and Ashish regarding this kidnapping. Akshay and Nikhil are police person and both were posted at PS Bhojpur.
Victim Salman was kidnapped when he was going by his car. After kidnapping of Salman, accused called his family by his Mobile phone and  demanded one lakh as ransom.”