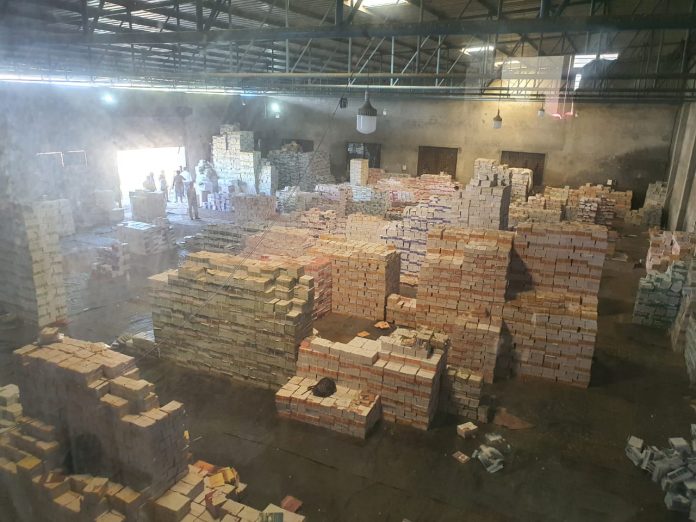 Meerut: A joint operation was carried out by STF and Partapur police. In this operation police arrested one dozen people who were doing work in that factory. Police seized around 35 crore books and 6 printing machines from spot.

STF has been getting information for a long time that some people were illegally doing black marketing of NCRT books in UP and nearby states. Partapur police and STF raided on a  factory in partapur area by getting information from the  informer, in which the police arrested about a dozen people from the spot.  While the accused Sachin Gupta escaped from spot.
Police seized around 35 crore books and 6 pretending machines from spot.

According to Ajay Sahni,  SSP Meerut ” we had information that NCERT books are being supplied illegally by printing in UP, Uttarakhand, Delhi and adjoining states. Raids were conducted in a joint operation in which police seized books worth about 35 crores and 6 printing machines from spot”

“Simultaneously, Godown is being seized and a search for accused Sachin Gupta.
Police detained about a dozen people regarding this” said SSP.