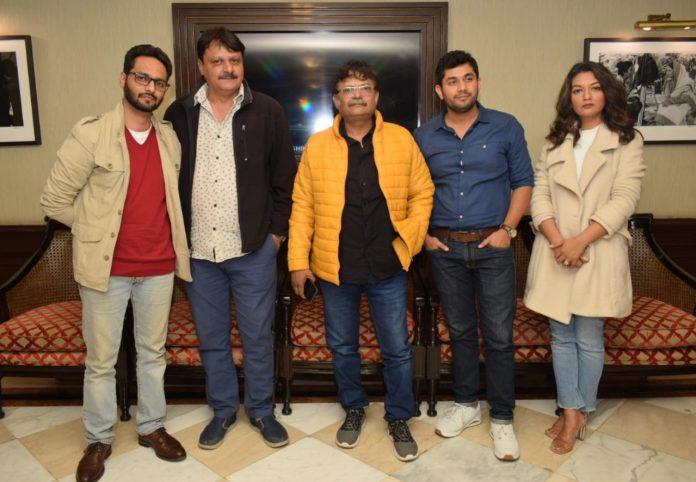 Recently Actors Atul Shrivastava and Neeraj Sood arrived in Delhi for the Promotions of their upcoming movie Yaha Sabhi Gyani Hai. Director Anant Tripathi and Producers Sidharth Sharma –  Jyoti Sharma were also present at the press conference. The event was held at PVR Plaza, New Delhi. The movie is all set to release on 7th February 2020.

The movie is a  satirical comedy film shot in Kanpur. The story revolves around a delusional and dysfunctional “Kanpuriya” family, is told of having hidden ancestral treasure. But in the process of finding the treasure, find the true lesson of life.

Atul Shrivastava shared the reason behind the movie’s title, ” The movie’s title is based on satire. It is the perfect title for the movie as Yahan Sabhi Gyani Hai is a movie based on the people who always try to teach or give Gyan(Knowledge) to other people and these kinds of people are found everywhere in your locality as well as in the country.”

Famous Actor Neeraj Sood spoke about his shooting experience, ” I am basically from Himachal Pradesh after which I joined the theatre in National School of Drama.  My character in the movie required the Kanpuriya dialect. Atul Ji and  Anant helped me in improving my dialect for the movie. The shooting experience was amazing with such wonderful supporting co-stars.