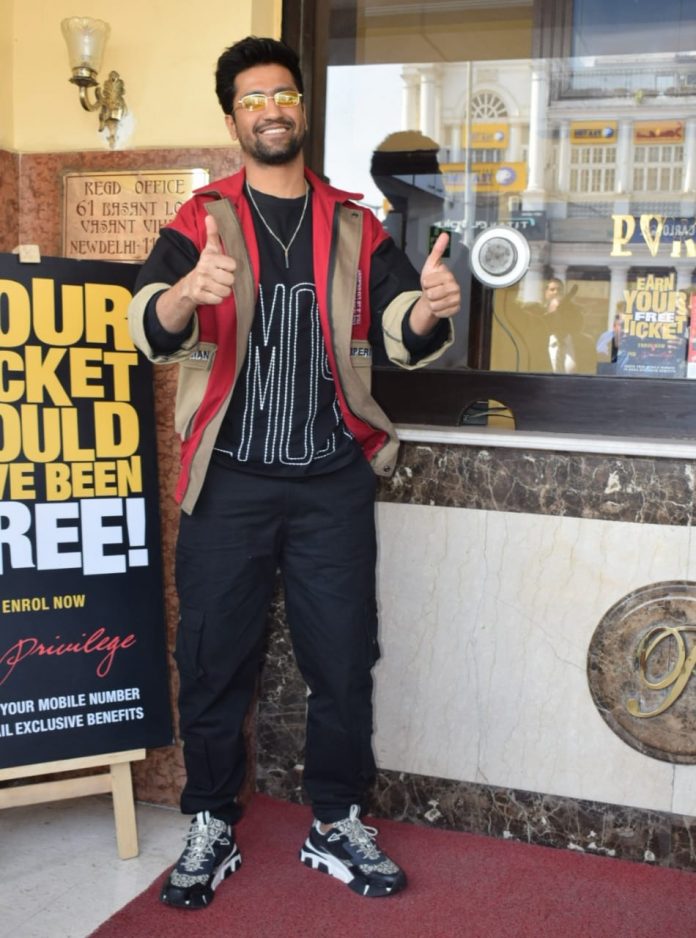 New Delhi: Recently, Actor Vicky Kaushal and Director Bhanu Pratap Singh came to Delhi for the Promotions of their upcoming movie Bhoot – Part One: The Haunted Ship. The Promotions were held at The PVR Plaza, Connaught Place. The movie is all set to hit the screens on 21st February 2020.

Bhoot – Part One: The Haunted Ship is an upcoming horror thriller film jointly produced by Karan Johar, Hiroo Yash Johar, Apoorva Mehta, and Shashank Khaitan. It is based on a true accident that took place in Mumbai and tells the story of a couple on an abandoned ship lying static on a beach. The film features Vicky Kaushal, Bhumi Pednekar and Ashutosh Rana in lead roles.

While talking to media Vicky spoke about how horror is a tough genre to take up, ” Horror is definitely a difficult genre to portray as you cannot be half scared either you are fully scared or not at all. You have to imagine most of the time and then act. A lot of technical work is needed and I had to give very calculative reactions on-screen.so that the audience can feel my emotions. You have to focus technically and then act accordingly to match the visuals.”

Bhanu spoke about his debut as a director and comparison between Bollywood and Hollywood Horror films, ” I am very lucky that I got to work with such a big banner and talented actor like Vicky in my very first movie. We have tried to create something different and thanks to my producers who backed me a lot to be creative with such genre. I hope this movie takes the Horror genre to the next level in Bollywood.”