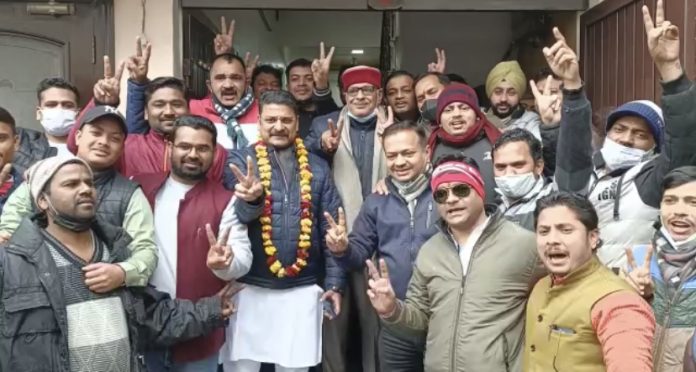 Moradabad: BJP expressed confidence on sitting MLA Ritesh Gupta from Moradabad Municipal Assembly seat, BJP’s re-appointed BJP MLA Ritesh Gupta addressed Swami Prasad Maurya as a defector, saying that the departure of leaders like him is not going to make any difference to anyone.
In fact, after becoming a candidate again in the BJP MLA’s office, sweets were fed by feeding sweets and tying a turban, due to which there is a wave of happiness among BJP supporters.