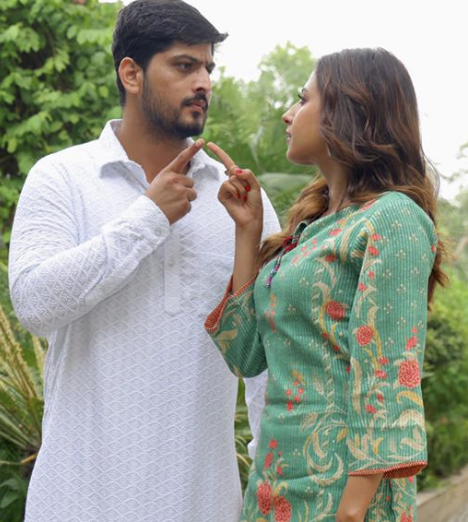 Entertaining love story ‘Sohreyan Da Pind Aa Gaya’ is going to hit the screens on July 8, 2022. As the release date of the film is approaching, the curiosity of the audience is also increasing. The powerful songs of the film are already being heard on repeat in the audience playlist and the trailer has also created a different kind of suspense. The promotion of the film is in full swing at the moment and the producers are also trying their best to keep the curiosity of the audience. The story of the film, the main characters, the trailer, the songs together make ‘Sohreyan Da Pind Aa Gaya’ a must watch movie for all age groups.

While Gurnam Bhullar and Sargun Mehta looks are fabulous, their chemistry is also excellent on the screen. The songs of the film are sung, written and composed by Gurnam Bhullar. The music of the songs is given by Daoud Music, Laddy Gill, Chet Singh and Rakx Music.

The story of the film will take the audience on a roller coaster ride of emotions. The story reflects the culture and values ​​of the 90’s when it was not easy to talk about relationships or marriage with parents. But when Jass Bajwa’s marriage proposal comes instead of Gurnam Bhullar and it comes to ego of both Sargun and Gurnam, it will be interesting to see who, sargun or gurnam, makes whose village their in-laws’ village or leaves ego and come together. This movie will definitely be one of the best romantic movies ever.

The film is Written by Amberdeep Singh and Directed by Ksshitij Chaudhary, presented by Zee Studios in association with Shri Narotam Ji Film Production, New Era Films and Bollywood Heights.