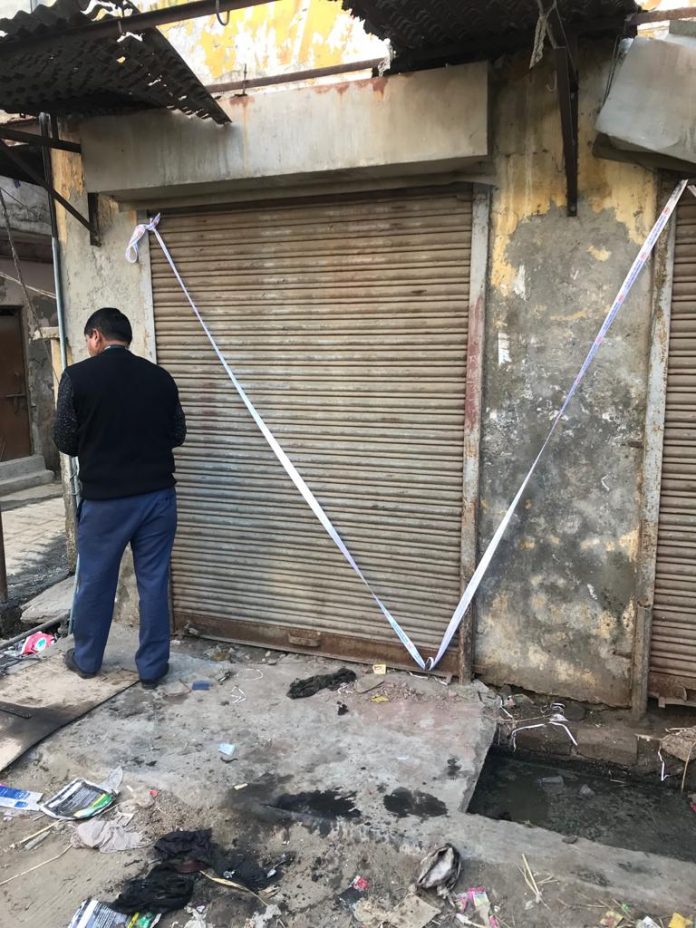 Ghaziabad: The GDA team sealed unauthorized shops at large scale in Trans Hindon Area on Friday. However the GDA team had to face the protest of locals but team could manage the issue.

In the leadership of RP Singh, the incharge of enforcement team there were sealed 40 shops those were being running in residential area unauthorizedly and there were producing pollution in this locality.
The AE Yogesh Kumar told that in there shops the painter, garage, denting, painting and so on others shops were being rununauthorizedly.

The GDA has sealed all such 40 shops. During sealing action the hundredsif local tried to protest of sealing but they could not success in their mission.