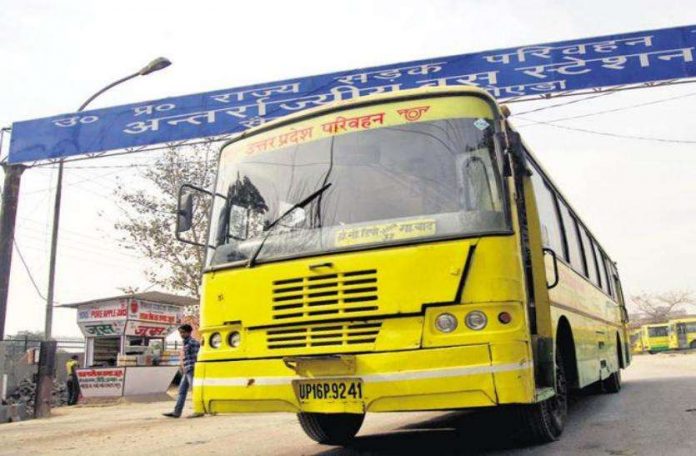 Noida: Buses running under Noida depot are neither following route and or guidelines given by UPSRTC nor maintaining time table of the bus operation. These buses are operating under drivers and conductors discretion as per their wishes, in violation of Roadways guidelines. Even the nexus of regional depot A R M of Noida, cannot be ruled out. Reliable sources informed that there is a nexus between drivers/bus operators and Assistant Regional Manager and resulting to it, the UPSRTC is in loss of revenue in lacks every day, in lieu of meagre amount of bribe being by bus operators.
In order to fulfill due kilometer just to claim the maximum rate fixed by UPSRTC in a day and on the other hand, these buses are not operating on the given routes with due route maps and is also not covering all the bus stops falling under the route. This is being done just to claim maximum fixed rate as per terms and conditions of UPSRTC agreement. Due to this, the regular passengers on the routes are worst suffers as they have to wait for these buses for hours and or alternatively, they have to catch private buses to reach their houses. This is the main problem in Noida-Meerut route.
In Noida the buses run from deport of sector 12/22. But hardly all the buses go through this route, as the drivers and conductors use different routes just to complete their maximum kilometer as per contract agreement and say that there is traffic jam and they cannot go through that fixed route. Hardly any bus in the evening hours, go through proper route developed by UPSRTC and touch sector 12/22 depot. Result of that, the passengers waiting for the buses at sector 12/22 depot have to wait too long and or some time they have no option left except to board private buses to reach their home in Meerut. 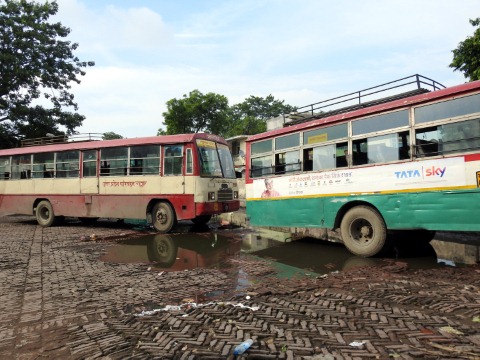 Most of the regular travellers of Noida- Meerut route, lodged their grievances to this media person of “A news of India”. Most of the days these travellers reach their home at late night and again they have to start as early as 5 am for their next day journey to reach their office.
Practically, the reason is these bus drivers deliberately avoid plying on the fixed route giving reason of traffic jams and or any other unjustified reason. Basically the driver and conductor living in Noida try to get their buses terminated at Noida at its last trip. On the other hand, drivers and conductors who are living at Meerut try to end their trip at Meerut and to serve their purpose they avoid due route to reach their set goal of reaching destination. Both the route drivers anyhow, either by way of saying traffic jams and or only by saying puncture of tyre and subsequent deliberately delay the full trip of the buses as per agreement of operation and or by maintaining scheduled time table fixed by ARM (Depot), as fixed for every bus and they use their own discretionary power to ply on the different route map instead of fixed route maps.

Not only that, this is one of the reasons that the earnings of Noida depot is decreasing day by day even after completing of kilometer fixed by each bus but there is no reasonable amount of passengers travelling in the buses, especially in the evening hours. Even all such buses can easily been seen plying on different roads which are not in the route map developed by UPSRTC and also there is very limited number of passengers using these buses, as buses are moving on different roads and on the other hand, passengers are waiting at its scheduled stoppage.
When this correspondent tried to collect information about the problems being faced by daily passengers moving on Noida-Meerut route, a lot of passengers came forward and repeated the similar story of movement of buses from different route instead of proper fixed routes. Even this correspondent followed these buses for at least 3-4 days to ascertain the facts of the case and found the grievances of the daily passengers are genuine and the bus operators are violating the route map of UPSRTC.
Further, the Assistant Regional Manager (Noida) is also having nexus and extending full support to these bus operators as they get payments made by UPSRTC, as per their travelled kilometer every day, there is no clause of strictly following due routes fixed by UPSRTC. It is also important to highlight that almost 50 percent passengers are young professional girls who used to commute Noida every day from Meerut because of their employment in Noida. So it is clear that the girls are the most sufferers and they have to pay almost double the amount to catch private buses to reach their home that too at late night sometimes even to 12 am almost everyday on way back to their home.
The security of these girls is always at stake due to these bus operators not following due bus route maps developed by UPSRTC. There are a lot of complaints which have also been lodged in past by girls in respect of misbehave, outrage the modesty of women on the streets by anti- social elements standing near bus stops.

Some of the daily passengers informed this correspondent that they met Sh Satyender Varma, Assistant Regional Manager Noida but no action was ever taken by the said ARM Mr. Varma. Reliable sources informed that there are 26 buses bound to Meerut and almost 10 numbers of buses are bound for Haridwar but Meerut buses are never seen even to 10 numbers, as they violates route map fixed by UPSRTC. Some passengers even alleged that the ARM Mr. Satender Varma allots route of Haridwar to Meerut to these bus operators to favour them for giving more profits to these bus operators in lieu of getting due share from their income.  The passengers of Meerut are facing hardship and waiting for long for Meerut buses and wasting their precious time.

It is described that the problems of buses start after sunset and route diversion starts and buses plying on different routes for want of more margins. It was also reported that the bus drivers and conductors used to change routes to save their skin from the Magistrate checking as the conductors most of the time don’t give tickets to the passengers and keeps ticket money in their own pocket insteadvof reporting it into the income of UPSRTC and so they avoid to move on the designated route map. This is also reason of low income of UPSRTC from ticket sale. The passengers were telling that the corruption level in the depot of UPSRTC has made the UPSRTC in losses and there are no passenger services because of that level of corruption with nexus from the officials of UPSRTC and bus operators.

On other hand when our correspondent Pramod Sharma contacted ARM Satendra Verma over the phone but ARM couldn’t replied satisfactory answer.