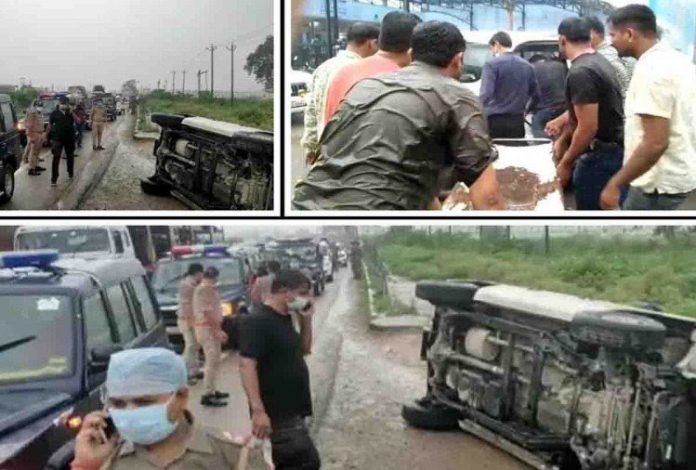 Kanpur: Vikas Dubey, a gangster who killed eight policemen including CO in Kanpur, Bikaru village, was killed in an encounter on Friday morning.  The UP STF team was taking him from Ujjain to Kanpur on transit remand.  But a car from the convoy overturned 17 km before the city at 6:30 in the morning.

Vikas was sitting in the same vehicle.  After the accident, he tried to escape from spot by snatching the pistol from the police team.  He was badly injured in retaliation.  He received two or three shots in the chest and waist.  He was later taken to the hospital Where he was declared dead at 7.55 am.  Vikas Dubey was arrested from the Mahakal temple in Ujjain on Thursday.