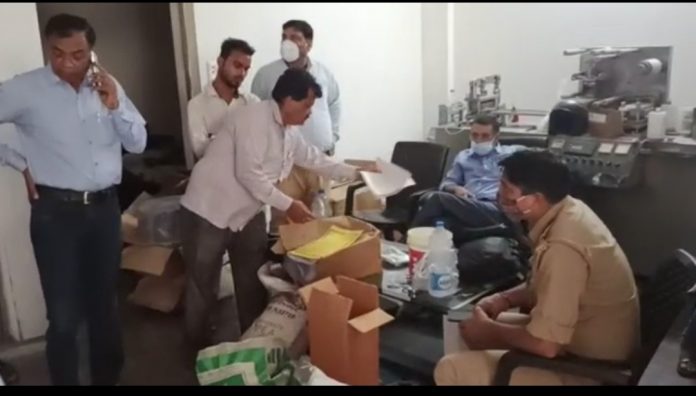 Moradabad:  In the Civil Line Police Station area of ​​Moradabad district, today the drugs department team conducted a raid operation and found a drug fake factory.  Sexually enhancing drugs were being manufactured in this factory. This drug’s factory was running in Harthala area, as well as medicines of several well-known companies were also recovered from spot.  Drug manufacturing machines worth lakhs of rupees have also been found in this drug factory operated in a house from which fake medicines were to be made.

According to. Naresh Mohan Deepak, Drug Inspector Moradabad, “The factory was started by an accused who made a fake drug sent to jail two years ago.  The accused has escaped since the Drugs Department took action.  A large number of packing goods, medicines, equipment have been seized during the raid while the process of seizing the factory is in progress.”