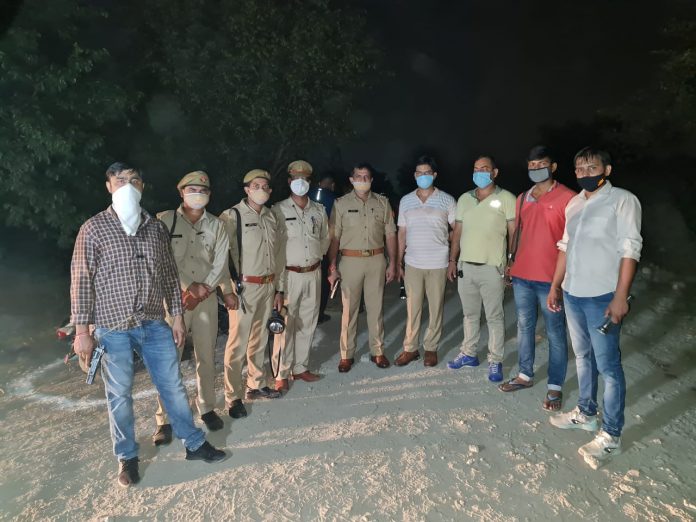 Gr Noida: A rewarded crook of 25 thousand rupees was injured in an encounter between the Police Knowledge Park Police and the scrounger, after which the police have arrested him. According to the police incident took place when Police was checking in the area. Meanwhile, at around 10.30 pm, two precarious men in a motorcycle spotted near Gurjarpur Road Police Knowledge Park,  were seen coming towards St. Thomas Cut.  Police tried to stop them on the grounds of demur. But after seeing the police, the crooks started fleeing, then the police team chased them. Seeing the police coming behind them, the miscreants opened fire on them, in which many policemen narrowly escaped. The accused named Abrar was injured after being fired by the police party for self-defense retaliation and his fellow accused Salman resident Nat Madheya Gautam Budh Nagar. A pistol cartridge used in the incident and a stolen motorcycle have been recovered from the possession of the accused. On inquiry, it was learned that the injured Abhi Abrar’s son Jabbar resident Dhakoli police station Agota District Bulandshahar police station Dankaur is wanted in the Gangster Act, which has already declared a reward of Rs 25,000.