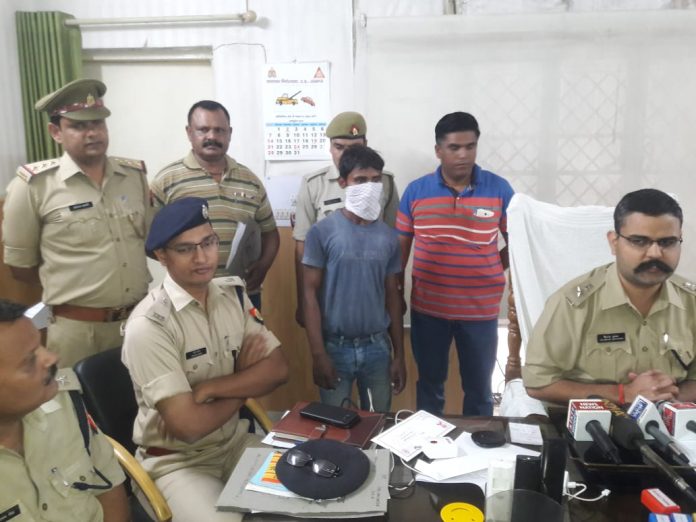 Ghaziabad : The Kavinagar police have claimed to disclose the murder case of eight year old boy on Wednesday attesting the accused.

The eight year boy was murdered after seeing the accused during unnatural sex relation with another child of locality. The deceased child was missing since October 26 and his body was recovered after two days on in the jungle of Bambheta, the police said.

The accused is identified as Pappu Kumar, the resident of Deep Vihar, Lalkaun under Kavinagar police station. He is basic resident of Sitamani, Bihar

The SSP Vaibhav Krishna told the accused Pappu said during interrogation that he was afraid of child as he had seen him having unnatural sex with a child. Puppu thought, he could disclose the incident to victim’s family members and he could be arrested.

Therefore he decided to kill the boy. He took him away luring in the jungle of Guldhar and throttle to death and dumped body in the jungles of Bambheta. The police have recovered the trousers and slippers of deceased from the possession of accused, said the senior cop.