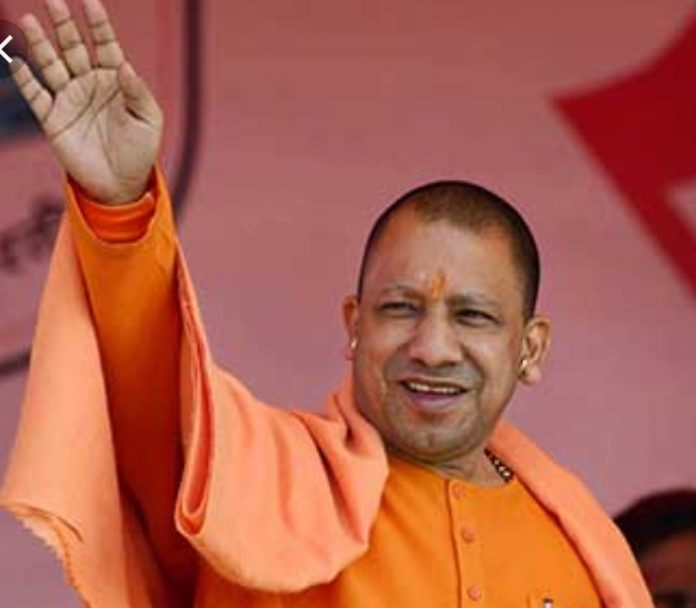 Ghaziabad: UP CM Yogi Adityanath will be in Ghaziabad to Inaugurate 15 projects and will also laid down other development projects for the city worth Rs. 325.27 crores. On the other hand, UP CM will also unvil the statute of former Prime Minister of India; Late Choudhary Charan Singh in the campus of Patla Degree College, Patla near Modi Nagar. All the authorities of District Administration, including Police,  Health, Municipal, GDA are preparing and working round the clock for the last 2-3 days in order to bring everything in proper order including road without whole, due painting and demarcation, painting of dividers , cleanliness, besides other security aspects. So the city is on high alert seeing the visit of UP CM.
As per report of district administration, the UP CM Yogi Adityanath will land in the campus of Patla Degree College at 1 pm where he has to  unvil the live size statue of former Prime Minister; Choudhary Charan Singh. From Patla, CM Yogi will Inaugurate and lay down various development projects related with Roads & Highways, Flyovers, Plantation, Beautification of city,, Cultural & Community Centres, Health, a Politic Training Centre at Raj Nagar, another Bridge on the river Hindon , Wellness & “Arogya Centres” etc for the city.
Meerut as well as Ghaziabad district administration have been kept on high alert.
UP CM will also participate in “Mahakautthig Fair” is being organised at Indirapuram Shakti Khand 2 in the city.

Seeing the visit of CM and his movement in the city, the traffic routes have also been diverted from NH 58 to NH 24 now named as NH 9 for all heavy vehicles. Yogi will arrive in the city at 1 pm and will be there till evening where he will will be conducting public meetings with various functionaries and will also address public.