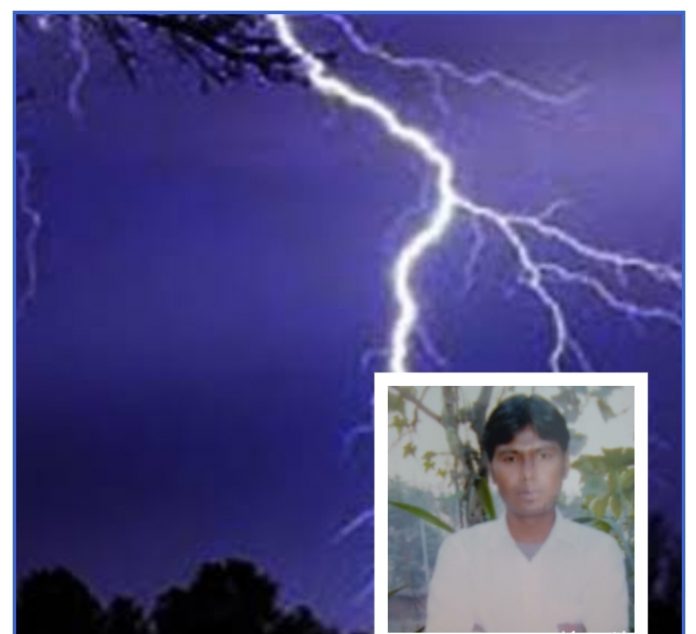 Bulandshahr: An incident of Electrocution was reported from Aahar Village under Bulandshahr district where a 28 year youth died by Celestial electricity falled on him resulting electrocution.

A Youth namely Hemraj resident of Daravar village of Bulandshahr district was sitting at Avantika Chauraha due to heavy rain and he was waiting to stop the rain to move to his destination. Suddenly the thunder and celestial electricity fallen on the Hemraj and he got unconscious. One of a passerby seen him and informed the police on which police came and Hemraj was brought to the hospital. When Hemraj reached Jahagirabad hospital he was declared brought dead by the doctor who attended to him.
According to Tej Singh Station Officer PS Aahar, “Hemraj resident of village Daravar used to work as videographer in wedding parties. Today, he was about to move at the desired located for his assignment suddenly rain started near about 10 am. He waitied for quite some time for stopping of rain at Avantika Chauraha near handpump. Meanwhile, due to electrocution from the sky ot was f allen down on him and he became unconscious
When he ferried to Jahagira hospital he was declared dead.”