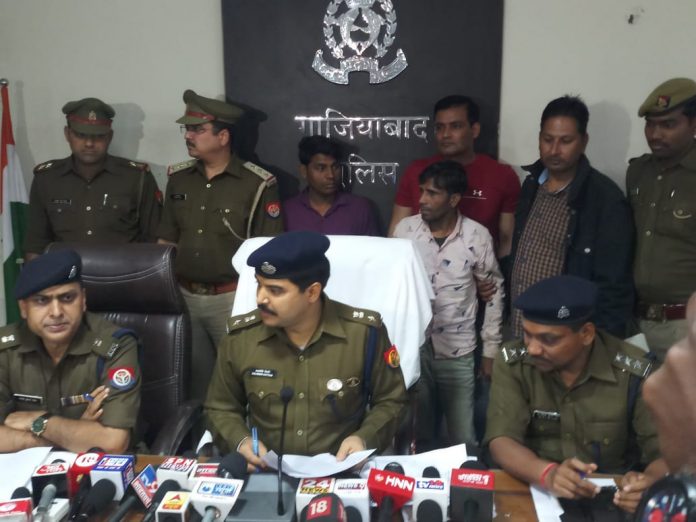 Ghaziabad: Vijay nagar police got success in arresting of 2 accused who used to steal two wheel vehicles in NCR. In this police seized 7 two wheelars from their possession.

PS Vijay Nagar SHO Nagendra Choubey was doing routine checking at Medical Tiraha with his police team. During checking police saw a suspicious moving bike near checking spot.
Police took this serious and came in action and nabbed bike and two person. Both suspicious person were asked about vehicle paper by police. But they could not able to show vehicle paper.
According to SSP Kalanidhi Naithani , ” We had input about some suspicious person who used to vehicle stealing in NCR region. As per input ps vijay nagar Incharge Nagender Choubey started checking at Medical Tiraha and arrested 2 accused namely Ankush and Atul. We recovered stolen 7 two wheel vehicles from their possession.” Informed during press conference.