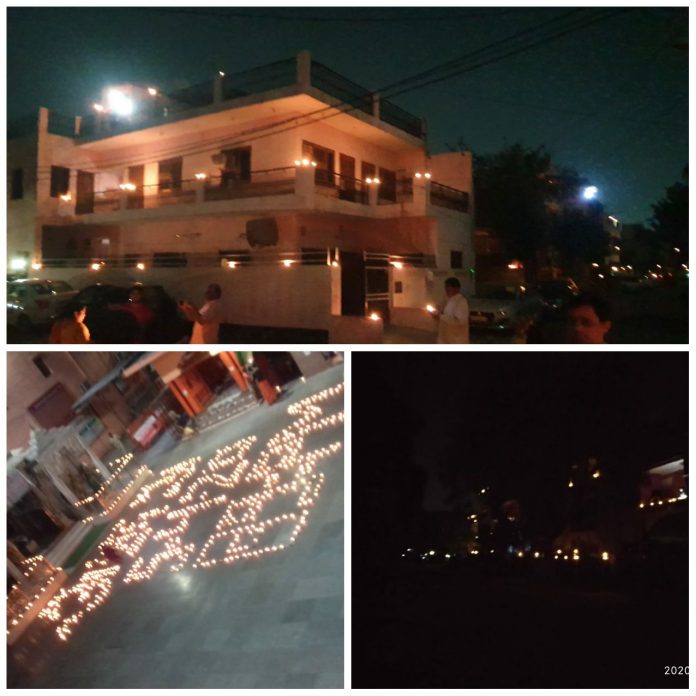 India: To defeat Corona is to be defeated in any situation. This objective is now for the whole country, because the Corona virus has broken the back of the whole world, but India is the only country which neither knows how to defeat enemies nor any epidemic.  5 April appealed to the entire country to beat the Prime Minister of India, Prime Minister Narendra Modi Corona, ie, 9 minutes by lighting an oil lamp at 9 pm on Sunday  Who has to accept this, which the whole country accepted and waged a war against the corona virus at the behest of the Prime Minister, after Prime Minister Narendra Modi’s appeal, people across the country gave the biggest message of solidarity by lighting a lamp and candle.  People also shared a lot of photos on social media.  PM Modi made this appeal on Friday to encourage the warriors who are directly fighting the corona, this appeal was at a time when there is a 21-day lockdown in the whole country, although the corona patients can see an increase.  Has been, but the warriors fighting the Corona are not ready to retreat in any condition, their only mission is to defeat the Corona, to defeat it under any circumstances, let’s  They also go on to state that what is the importance of burning ritual of lamps, there are lit candles in many religions.  From a scientific perspective, light has its own distinct significance.  There is heat in the light as well as it also destroys negative things like bacteria, viruses etc. Lighting lamps have been considered very important in Sanatan Dharma.  Taking this work in a positive way has its meaning associated with publishing life.  It is also believed that Deepak removes sorrow, poverty and misfortune.  The importance of lighting lamps is also given in the scriptures.  Roshni is taken as a shield of defense, thereby maintaining a positive energy flow.

PM Modi had earlier addressed the country to defeat the Corona virus for the first time on 20 March 2020.  He appealed for a public curfew on Sunday 22 March 2020 from 7 am to 9 pm.  During this time, he had also appealed to the people to clap, thali, conch and bell etc. from the houses for five minutes.  On this appeal, people all over the country stood on their balcony and door of the house and clapped, thali, conch and bell.