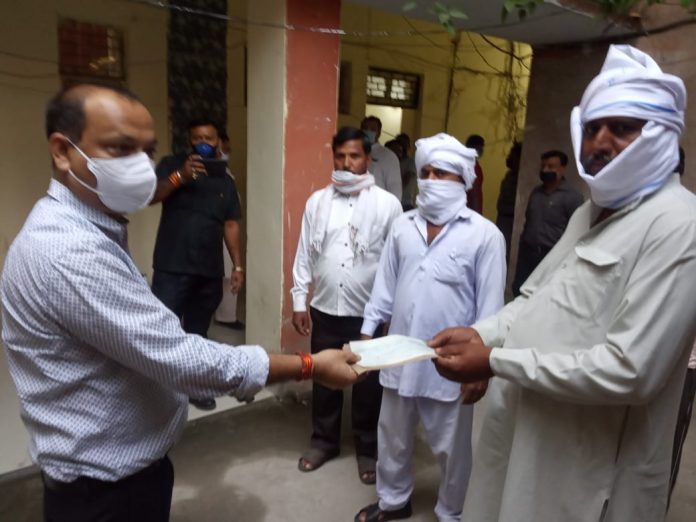 Meerut : Kapasads  village under Meerut district of Uttar Pradesh donated Rs. 1,85,500 to UP CM, relief funds to tackle pandemic COVID-19 diseases. This amount was collected from all the villagers of Kapsadh and were handed over to the District Magistrate of Meerut.

It is being said pitcher is filled with drop by drop and accordingly the same the villagers of Kapsad started collecting and filled the collection box of its donation with Rs. 1, 85,500 and the collected amount to the DM, after making a demand draft in favour UP Chief Minister Relief Fund.

This story was conceived and written by some 3-4 persons of this villages who git this idea and when discussed before the villagers, they all liked the idea and started generating fund to fight against COVID-19. This fund raising idea has developed confidence amongst all villagers of Kapsad and given a zeal of success for fight against Corona and win the battle with unity,

When people of the village Kapsad saw that the country is facing crisis due to Corona, the whole village started this initiative and came firward together, and the whole village started contributing its hard earned money and donated funds for UP CM Relief Fund collected the amount. The villagers sent a demand draft of this amount to the Chief Minister Relief Fund and submitted it to the District Magistrate; Anil Dhingra. In the present situation the financial crisis is also an issue not only on UP but also on the country. So this kind of generously donation will always promote the activity of the government specially for poors who are fighting against Corona and are hungry such donations can lead to atleast feeding of hungry poors.