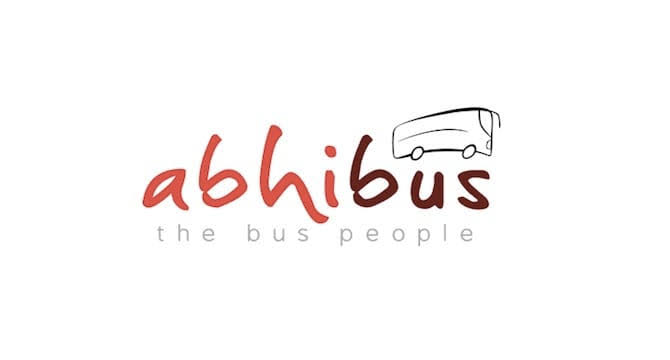 @ Vikas Sharma | Sr Journalist
New Delhi: After easing travel restrictions and unveiling the Unlock 1.0 by the Government of India, Uttar Pradesh, the largest state in terms of population in the country has seen a good traction of bus travel to and fro the state capital – Lucknow – and Delhi. The state has witnessed a highest number of buses on the road supporting the common man to reaching out to their destinations in the North India-According to the data compiled by Abhibus.com, a leading online bus ticketing aggregator in India.
As per the data, UPSRTC has been operating 1,218 bus services carrying about 10,000 passengers every day connecting 45 cities including Delhi. Talking about UPSRTC, Abhibus mentioned, while bus services from Lucknow are the highest at 267 daily, there are 94 bus services from Delhi NCR to UP, followed by Allahabad at 93 and Agra, the city of Taj Mahal, with 81 daily bus services. In addition to it, the private bus operators in the state also have commenced their operations and have seen 183 bus services up and running every day connecting over 50 cities and carrying about 1,000 passengers daily.
On the other hand, Andhra Pradesh, one of the first states to allow buses in the country, has witnessed even more encouraging bus operations in the South. APSRTC has been operating a whopping 6,090 bus services per day and connecting 137 cities and towns. The southern state has also seen the highest number of private bus services – 1,445 in the state where 48 private operators are offering their intra-state commute as listed on Abhibus. While Vijayawada has the highest number of bus services at 596, Visakhapatnam has 383 followed by Nellore at 226 bus services offered by APSRTC.
Speaking on the occasion, Mr Rohit Sharma, Chief Operating Officer, Abhibus said, “It has been quite encouraging that the state owned RTCs such as UPSRTC and APSTRC have been in the forefront in operating bus services in the country. They have been operating the highest number of buses thereby supporting the common man to travel seamlessly to their immediate destinations. Delhi is well connected now with the UPSRTC services which can allow thousands of daily wage earners, individuals and professionals commuting easily to the capital. Similarly, by achieving 70% booking volumes compared to Pre-Covid conditions, APSRTC has shown the way to the other state-owned transport operators to commence their operations which is really commendable”.
Mr Rohit Sharma further said that “It is a good sign that the private operators are also coming forward to facilitate their services despite a severe financial and regulatory pressure. With this kind of a traction, it seems the cautious yet necessary confidence to travel is widely seen now among commuters”.
Abhibus which is a pan India player in selling bus tickets online has compiled the data of 25 states to understand the metrics and needs of the passengers during post lock down environment and found interesting facts.
Key Findings of Abhibus Survey:
Uttar Pradesh:
• UPSRTC has been operating 1,218 bus services by connecting 45 cities in UP including Lucknow, Noida, and Delhi.
• Lucknow has 267 bus services, Delhi 94, Gorakhpur 94, Bareilly 94, Allahabad 93, and Agra 81.
• In addition to it, 30 Private Bus Operators have resumed their services by offering 183 services daily in UP

Andhra Pradesh:
• APSRTC is operating 6090 daily services connecting about 137 cities and towns within the state. Vijayawada has the highest bus services at 596 followed by Visakhapatnam at 383 and Nellore at 226 services.
• APSTRC has been receiving very good booking volumes at 70% rate compared to the usual daily bookings (pre-covid), despite the seat blocking obligation in force.
• Abhibus has enabled 1,445 daily services by 43 private bus operators in the state of Andhra Pradesh.

Telangana:
• TRSRTC is able to operate 1,110 services every day by connecting 52 cities and towns within Telangana including Hyderabad.
• Hyderabad has the highest number of bus services at 464 followed by Karimnagar at 122 and Warangal at 70 services per day.
• Additionally, there are about 19 private bus operators who offer 93 daily services in the state.

Karnataka:
• In Karnataka, there are 72 private bus operators who are running a total of 258 buses in Karnataka including Bengaluru.
About Abhibus:
Founded in the year 2008, AbhiBus Services (India) Private Limited is India’s leading Online Travel Aggregator. AbhiBus started with providing end-to-end software and other value-added solutions for the Private Bus Transport industry as well as government RTCs and currently leads the table in online bus ticketing by leveraging the latest technologies. The company also provides a technology solution to more than 500 private bus operators in India and 11 state transport corporations. The end-to-end software solutions include e-ticketing systems, fleet management solutions, vehicle tracking systems, passenger information systems, logistics management backed by a 24×7 customer support center. Abhibus has over 5 million active users per month and more than 5 million apps downloaded by the user. With ticket inventory from over 2500 bus operators serving 100,000 routes Pan India, Abhibus is the preferred choice of tickets booking for millions of customers in the country today. The company also provides Online Passenger Reservation System to more than 300 large private bus operators in India and 5 State transport corporations.