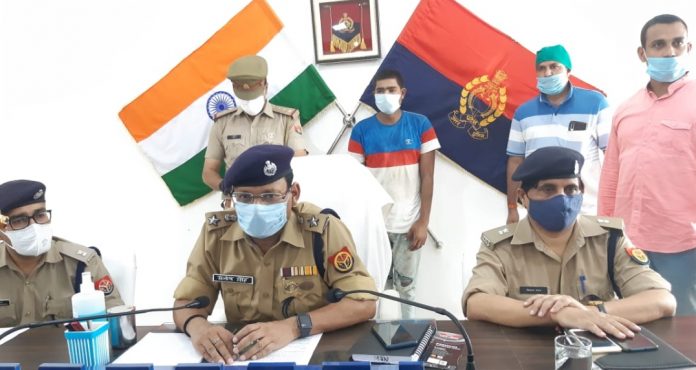 Bulandshahr: Gulavti police solved a blind murder mystery of Ramnagar areas and arrested a accused in charge of murder.
On dated 28 May 2020 police got a dead body of 26 year man who was stabed with Sharp weapon. Police trying to solve this murder mystery but could not arrest the accused due to lack of evidence.
According to Santosh Kumar SSP, Bulandshahr, ” Gulavti police had challenge to solve this blind murder case and finally police solved this case and arrested a accused namely Amit, he was friend of Lakhpat. In police inquiry it came to light that Amit received 2000 amount from Lakhpat as loan but couldn’t return this amount to Lakhpat. Lakhpat asked to Amit regarding his given 2000 Rupees again and again. Amit took this behavior as insult and he murdered Lakhpat by Knife.”
“Police did good job finally accused is arrested and entire team desrved reward Ten thousand” said SSP.