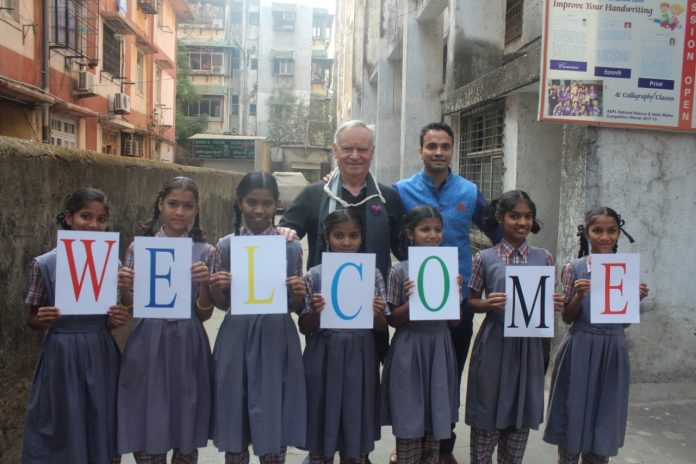 New Delhi: The act of ‘giving back’ has more to do with inner strength than just having money. For money fits in so easily with greed and our human instinct of selfishness that giving it away is much harder than earning it. And yet when some people give it away effortlessly, it is an occasion for most of us hoarders to simply stand and stare.
Yuva Unstoppable, the non-profit organization founded by Amitabh Shah, is hosting a three-part online series “Unstoppable Generosity with Yuva Patrons”, which features conversations with leading philanthropists and social activists.
This week’s episode featured bestselling author and former member of British Parliament Lord Jeffery Archer and his wife Mary Archer, the well-known British scientist in conversation with Dilip Cherian, the co-founder and consulting partner for Perfect Relations, Asia’s one of India’s largest image management consultancies, and his wife, Devi Cherian, a widely-read columnist, social activist and ‘a causerati with enviable creative energy’. Also participating were two students Jasmin Prajapati and his younger sister Ritu who are financially and emotionally supported by Yuva Unstoppable’s Educational Scholarship Program. “The idea of Unstoppable Generosity rose from the thought that working & giving for the good of the society can and must never stop. I am glad that some of the leading names in the banking sector, authors and communication industry experts have joined this campaign.”, Amitabh Shah, who led and moderated the session.
Jasmin Prajapati and his younger sister Ritu are aspiring doctors. They lost their father due to lung ailment. Their mother, who used to do odd jobs to earn for the family, also met with an accident recently and now only receives widow aid as daily income. Nevertheless, both the students are extremely talented and scored 98 and 99 percentiles each in their 10th boards (SSC).
The takeaways from this long and easy-flowing conversation came in the form of answers to three questions related to philanthropy that were raised:
Why is helping others important?
“It is important because it gives more happiness and pleasure than anything else, especially when you’re young.” – Jeffrey Archer
What makes you the happiest?
“If I can have something, like knowledge and wisdom, that I can share with humility, I would be the happiest!” – Dilip Cherian
What are your thoughts on generosity and giving?
“I believe the strong have an absolute duty to support the weak.” – Mary Archer
“Not all of us have everything in life. So, it is important to not stop being thankful for what we have. I see a lot of excitement in today’s children and youth, whenever I visit India I see children on the streets from underprivileged communities I and wonder if there’s a Picasso or an Albert Einstein or a Virat Kohli among them, only if they’re given an equal chance! I do not believe in equality; I believe in equality of opportunities.” – Jeffrey Archer
“Being in the fortunate position that we are, we must give the less privileged ones as much as we can. And, in turn, they have to take it forward. I strongly believe that you create good karma with compassion.” – Devi Cherian.
Jeffrey Archer has been an ambassador of Yuva Unstoppable’s cause since 2019 when he first visited and interacted with the children of one of the government schools transformed by the non-profit.
Dilip Cherian is on the Advisory Board of Yuva Unstoppable. The duo launched the ‘Unstoppable Police Project’ earlier this year to support the police force of India and their families during COVID-19. Together, they have so far provided about 100,000 safety and hygiene kits along with a special ‘Thank you’ note to the frontline warriors under this initiative.