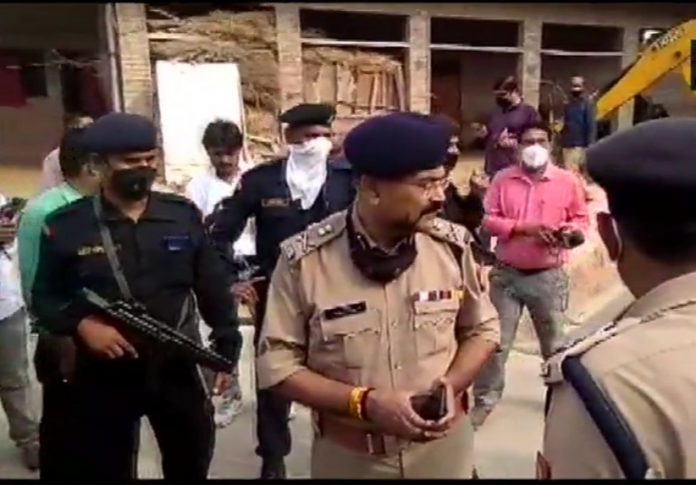 UP/ Kanpur: In Kanpur, Uttar Pradesh, the miscreants opened indiscriminate fire on the police team that had gone to one o’clock on Thursday night. In this regard, 8 policemen including a Circle Officer (CO) and 3 Sub Inspectors were killed. It is being told that the police had gone to arrest a history sheeter, Vikas Dubey in a village under Chaubepur police station area, but his gang ambushed the police and attacked him from the roof and Vikas Dubey escaped. The crooks also looted several police weapons. On the other hand, IG Mohit Aggarwal said that after the incident, 2 colleagues of Vikas Dubey were killed in the encounter.

According to ADG, Law and Order Prashant Kumar, Rahul Tiwari of Kanpur had filed a case of attempt to murder against Vikas Dubey. The police then went to Bikaru village to nab him. In order to stop the police, the miscreants had already blocked the way from JCB etc. Suddenly firing started from the roof. At the same time, Chief Minister Yogi Adityanath has instructed the STF team to take action. Police has sealed all the borders of UP.

ADG, Law and Order Prashant Kumar said 7 people were injured, out of which 5 were policemen. Police weapons are missing, investigations are on as to who had what weapons. Those who were involved in this abominable act, strict action will be taken on them. They will be found and presented before the law. We have specialized teams in it.