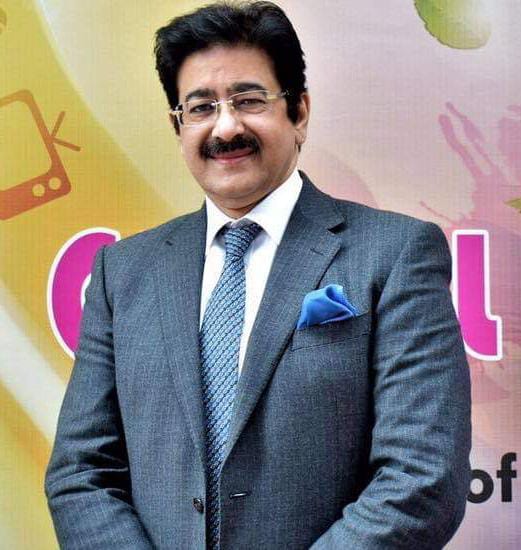 New Delhi: It seems only yesterday when we were all waiting for the history to be written created on the grand opening of the first professional film studios of North India under the title Marwah Films And Video Studios. Huge crowd inside and outside the premises was proof of the excitement which was prevailing among the people of the country,” remembered DR. Sandeep Marwah founder of Noida Film City while talking about 10th March 1991.

The glamour in tons thrown by Madhuri Dixit, Shilpa Shirodhkar, Padmini Kolapur, Poonam Dhillon, Beena was unmanageable even by the educated and sophisticated crowd of Delhi.

The launching of Door Dardarshan’s commissioned serial Khali hath was another big attraction for the 2000 people busy clicking pictures and having autographs from their most loveable stars.

“Marwah Studios has come a long way, our parents’ blessings. Thirty years we have proved to the World that honesty and hard work can bring you much needed results even from a barren land. Seven World records, hundred organizations, Two Million People, 145 countries, 700 Awards, 20,000 Media Experts, 60 Ambassadorships and titles like Global Cultural Minister from many art and cultural organizations have induced us to constitute our own national and international awards,” expressed Marwah.

The contribution of Marwah Studios cannot be ignored at any stage. The first in many segments and departments brought the name of Sandeep Marwah in the list of Living Legends. His cooperation in many other sections of society is par excellence be it education, environment, large social issues, government campaigns etc.

Sandeep Marwah, Icon of India, renowned International media personality, chair for many international organizations is still the man of masses, just the call away.