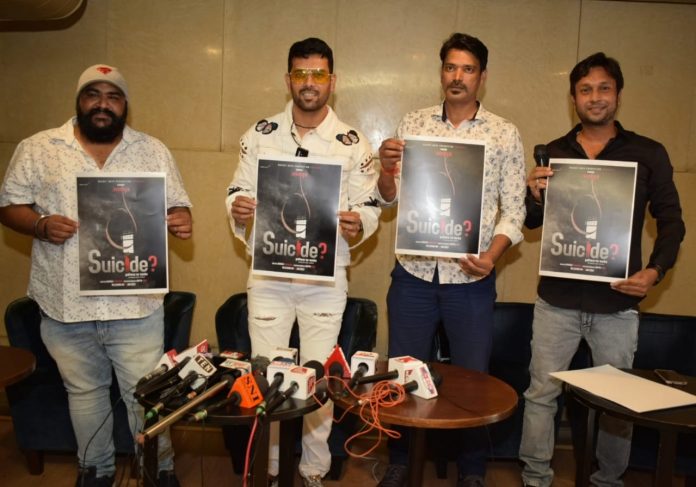 On June 14, the death anniversary of actor Sushant Singh Rajput, cast and crew of upcoming web series – Suicide?- Haqeeqat Ya Kshadyantra’ launched their first Poster. The web series will be released on the Birthday of late actor Sushant i.e. 21 January, 2022. However the director of the web series, Avinash is denying the fact that the story of web series is based on Sushant’s life. He claims it’s a fictional web series and there is also a character named Shashank in the show which is similar to Sushant’s real life character.Actor Arya Putra , Director Avinash Bawankar and Executive Producer Aditya Garg graced the launch event at Connaught place, New Delhi. The web series may comprise 8 episodes

Present at the launch event, Director Avinash Shared, ” Suicide Web Series is a compilation of different stories related to politics, struggling actor, corporate professional and much more. An episode of which will showcase a story of a struggling actor and how nepotism leads him to end his life. However, Each episode will have a unique story.”

Actor Aryaputra Said, ” We will soon start the shooting and it is yet to be decided that in how many episodes we will able to convey our message effectively. The stories in the web series will showcase the truth behind the limelights and I am sure our audience will be able to connect with us easily,”