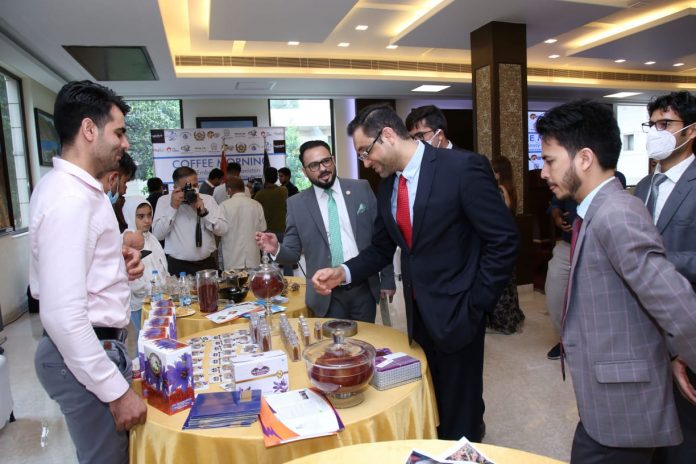 CD Foundation Organised Coffee Morning to promote bi lateral trade and culture at the Embassy of I.R. of Afghanistan.

The program was hosted as a meet and greet with the New Ambassador of the Islamic Republic of Afghanistan, New Delhi – Republic of India His Excellency Farid Mamundzay.
Impact of Cinemas in Indo—Afghan Culture and Society – Stereotypes and Scopes of Improvement was discussed, and We are having Buyer Seller Meet for Afghan Saffron and Spices along with Indian Tea.
On this occasion, the Ambassador of the Islamic Republic of Afghanistan, H.E Mr. Farid Mamundzay, CD Foundation’s Founder Director Charu Das, Arbab Hamdullah, Mansoor Sahak, NGMA’s DG Adwaita Gadanayak, Economist Sharad Kohli, Filmmaker Avijit Dutt among many others dignitaries were present.

At the same time, Charu Das, Founder Director, CD Foundation said people to people connect programs like this is very important for binging two countries together. Many new collaborations of bilateral trade and culture is finalised in such programs.