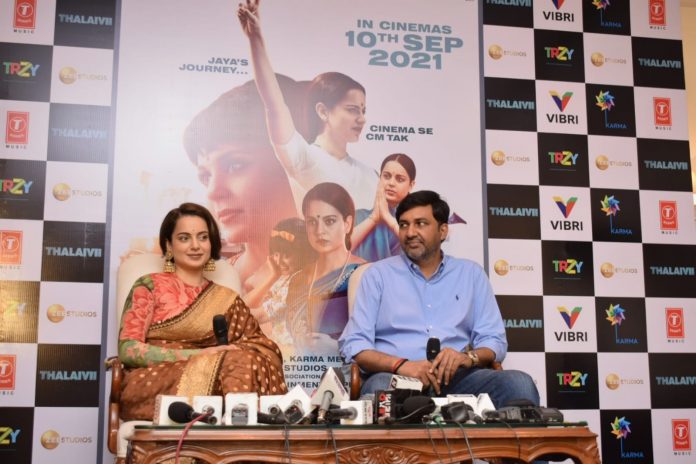 Recently, bollywood actress Kangana Ranaut came to Delhi to promote her upcoming Biographical film Thalaivii. The movie depicts the life of late politician Jayalalithaa. The promotional press conference was held at The Imperial Hotel, Janpath. Producer Vishnu Vardhan Induri was present at the event along with Kangana.

Thalaivii will be released on 10 September 2021 In theatres. Speaking to media about the film , Kangana said ” The movie is all about women empowerment. It shows that how a woman who nobody thought can be a politician , won elections three times and became Chief minister repeatedly. It is not always important that when we defame a man then only we can showcase a woman being strong. In the movie, it is clearly seen how a man supports a woman’s success and always stood by her.”