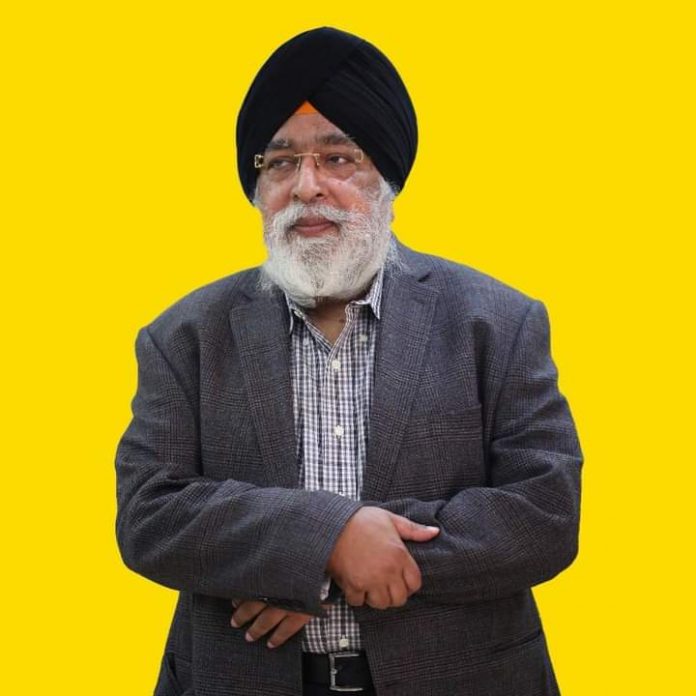 NEW DELHI, Sep 17 — The Badals are splurging gurdwara money to buy daily wagers for their hoax farmer march in Delhi, the SADD informed the Sangat.

Party secretary-general Harvinder Singh Sarna, who recently delivered a bloody nose to MS Sirsa in the DSGMC’s Punjabi Bagh ward, described Friday’s event as a desperate but feeble attempt by the Badal family to secure a couple of headlines in national media.

“But the ground beneath them in their core constituency of Punjab and the Punjabi community slipped long back because of their brazen loot of state as well as gurdwara treasury,” Sarna remarked.

He pitied the Badals for buying poor daily-wagers as showpieces for their so-called farmer march when the entire family is gheraoed and shooed away by the farmers in Punjab.

“We have learned from authoritative sources that the Badal family has siphoned off gurdwara funds once again, this time to buy participants in their bogus march. It’s ironical that the same Badals who were among the main architects of the anti-farmer laws are trying to project themselves as pro farmer by staging theatrics in Delhi,” the SADD leader noted.

Sarna recalled how at the call of Akali stalwarts like Sardar Harchand Singh Longowal as many as 265,000 Sikhs courted arrest during the Dharam Yudh Morcha.

And more than 55,000 Sikhs courted arrest back in the 1950s at the call of highly-respected Akali veteran Master Tara Singh.

“Look at the state of affairs now. A family which claims to be the custodian of the same Akali legacy has to sink their hands in Guru ki Golak to buy attendance at their Delhi rally. The entire party headed by the Badals should rather sink their heads in shame for having to work under the command of such a pathetic leadership,” Sarna said.

He, however, maintained that the Badal family will remain doomed no matter the drama it stages. “No amount of shenanigans can salvage you from the morass you are in because of the beadbi you perpetrated on Sri Guru Granth Sahib, because of the blood of those were shot at by the police under your orders, and because of the non-stop daylight robbery of Guru ki Golak that you and your mafia gangs committed in historical gurdwaras,” Sarna warned the Badals.