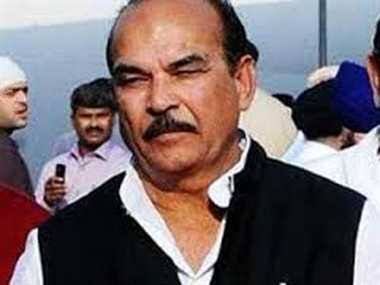 Ghaziabad/Badaun (U.P.): The former MP, MLAs for many terms and chief of Rashtriya Parivartan Dal (RPD) D.P Yadav will not be candidate for Assembly Election of Uttar Pradesh 2022. He is going to establish his younger son in politics.

However D.P. Yadav, his wife Urmilesh Yadav (Ex-MLA) and their son Kunal Yadav had filed their nominations as independent candidates for Sahasvan (Badaun) assembly seat on January 25, but DP Yadav and his wife have withdrawn their nominations on January 31 due to their health issues Now their younger son Kunal Yadav is candidate of RPD for Sahasvan (Badaun) assembly. Kunal Yadav, the director of Yadu Sugar Mill, is first time candidate in any assembly elections.

DP Yadav, the basic resident of Ghaziabad/Noida has his political career for 34 years. He has been members of Rajyasabha and Loksabha both and member (MLA) of UP assembly many times and minister in UP government. His political image is known as powerful politician in Western U.P. and personal as daring and rich business man. He has many personal business as educational institutions, sugar mills, hostels etc. Due to grown on age, he decided not to fight any more elections. Now he will promote his son Kunal in politics, said one of his very closed family members.