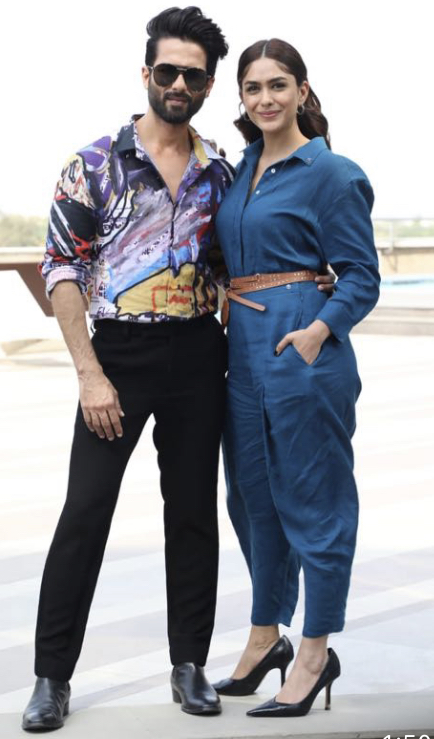 Recently, Shahid Kapoor and Mrunal Thakur arrived in Delhi to Promote their upcoming movie Jersey. The promotional event was held at Le Meridien Hotel, Connaught place. Jersey is a movie based on a talented but failed cricketer decides to return to cricket in his late thirties driven by the desire to represent the Indian cricket team and fulfil his son’s wish for a jersey as a gift. The movie is all set to release on 14th April in theatres.

Shahid spoke about his learnings during the Film, ” I learnt alot from my dad( Pankaj Kapoor is Playing Shahid’s coach in the movie) for this movie. I actually asked people on the sets to speak to him in Punjabi so that I could hear him speaking the language and could imbibe it. To give it a real touch , we have shot a portion of the film in Punjab because when you shoot in that atmosphere, it becomes easy to act and learn.”

While answering to a media person , Mrunal mentioned “I am playing a character of a strong women, I hope every women is able to relate with her. Instead of victimising themselves, they are able to shine on.”