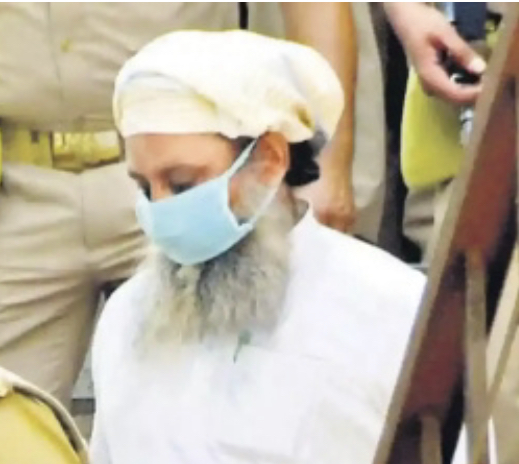 Ghaziabad: The District Judge of Ghaziabad sentenced death penalty to the terrorist Walliullah in serial bomb blasts cases in Varanasi. The blasts were taken place in August 2006 in Banaras.

The District Judge Jitendra Kumar Sinha remarked in his judgment that the convict should be hanged till his death. Along with punishment, a fine of fifty thousand has been imposed on Walliullah.

It is noteworthy that on March 7, 2006, three explosives exploded one after the other at Sankat Mochan Mandir, Dashashwamedh Ghat and Cantt railway station in Banaras in a span of 20 minutes. Total 18 people were dead in these blasts, while more than 75 people were injured.

The District government advocate Rajesh Chandra Sharma told that 7 people were killed and 26 were injured in the blast of Sankat Mochan Temple. 47 witnesses were produced in this case. The court has sentenced the convict Waliullah to death for blast case in Sankat Mochan Temple.

According to case file, Waliullah, a resident of Phulpur village in Prayagraj district, was arrested on 5 April 2006 in the serial bomb blast case taken place on March, 7, 2006. The hearing of this case was transferred from Varanasi to Ghaziabad district court on the orders of the Allahabad High Court.

The Ghaziabad District Judge Jitendra Kumar Sinha’s held Waliullah guilty in charges of bomb blasts at Dashashwamedh Ghat and Sankat Mochan temple, murder, attempt to murder, acting against the law, spreading panic and using explosive substances. Whereas the court had acquitted him on the basis of insufficient evidence in the bomb blast at Cantt railway station.

In the case, on which he is sentenced death penalty, Waliullah had told the names of his associates Mustaqeem, Zakaria and Shamim during interrogation. All of them were residents of Uttar Pradesh, but even after 16 years of bomb blasts, they have not been arrested by police and other investigation agencies. Seeing the tightening action of the security agencies, these accused were fled to Pakistan via Bangladesh. The only arrest in this case was that of Waliullah and he has been punished now.