Ghaziabad: The Gangster Court of Ghaziabad convicted infamous criminal Shekhar Jat and Manish Chaudhary and their associates in attempt to murder case of BJP leader Brajpal Tewatia. All the held guilty will be sentenced on Saturday.

The BJP leader, Brijpal Teotia and his six accomplices were attacked on 11 August 2016 with automatic weapons like AK-47 and carbine on Rawali road under Muradnagar police station area of Ghaziabad district. The miscreants fired more than a hundred rounds, seriously injuring six of his body guards, including BJP leader Brijpal Teotia.

The Muradnagar police of Ghaziabad had registered a case under the Gangster Act against everyone involved in the incident. The plaintiff Brijpal Teotia fought a legal battle against Shekhar, Manish and Manoj and others who had gun attack on him.The police also firmly put forth their side in the court against this gang. Due to which the legal battle against these miscreants reached this stage.
It is also remarkable that Shekhar Jat, was imprisoned in jail, but he had made conspiracy to get gun attack on journalist Anuj Chaudhary on April 8, 2018 by his gang members. Shekhar Jat has more than four dozen serious cases registered against him.
In view of his criminal record, the Supreme Court also ordered an early hearing of this case and refused to grant bail to Shekhar Jat. Now on Saturday, there will be a debate on the sentence in this case and after that the court will give its decision on it. 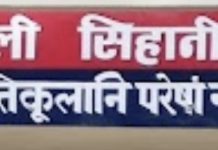