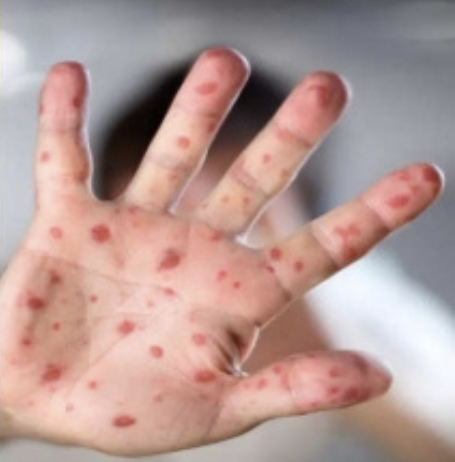 Ghaziabad: Two suspected cases of monkeypox have been found in Ghaziabad. One of A patients, has been admitted to Loknayak Hospital in Delhi. The second patient has approched MMG Hospital in Ghaziabad. A 47-year-old female teacher from Greater Noida has also been admitted to the district hospital there. They have red spots on their mouth and all over their body. The samples of all three have been sent to the National Institute of Virology ie NIV, Pune for examination. The three suspected patients will remain under the supervision of doctors untill the examination report is not received.

Ghaziabad District Surveillance Officer Dr RK Gupta said, “The 28-year-old youth is a resident of Arthla and works in a company in Sahibabad area. On Tuesday, he came to the OPD of MMG Hospital. There were many red spots on his body, like in monkeypox. Considering it to be a suspected patient of monkeypox, a sample has been taken. This sample has been sent to NIV for testing.