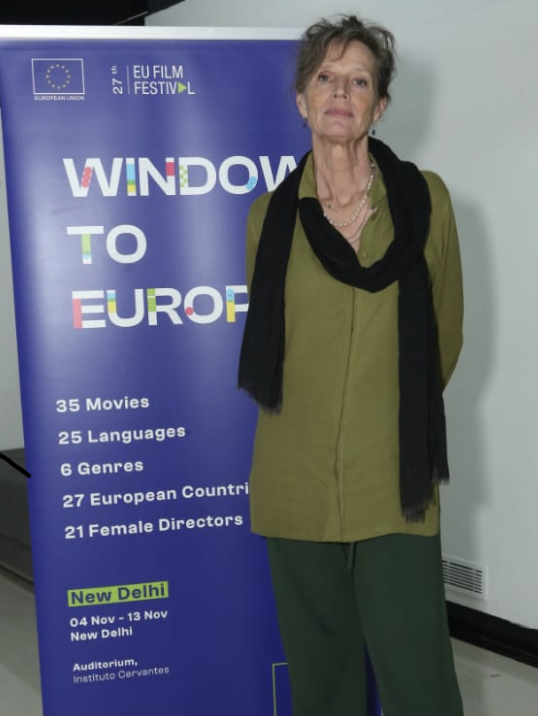 The European Union Film Festival (EUFF) kicked off its 27th edition on Nov’ 4th. Netherlands’ Oscar submission for the 94th Academy Awards “DO NOT HESITATE”, directed by Shariff Korve, screened for the first time in New Delhi at the Festival. It comes to India after doing the rounds of international film festivals like Tribeca, Nederlands Film Festival 2022,Giffoni Film Festival 2021 to name a few. Jolein Laarman, Screenplay writer of the movie opened the screening of the film and said, “Do Not Hesitate is not a regular ‘war’ movie, although it is about soldiers, in this case about three young soldiers. They are left to guard a military vehicle in the middle of nowhere and then they have an encounter with a young local boy. This leads to tension between the soldiers which leads to a shocking climax.” She added, “Currently I am visiting India as part of the EUFF festival and finished my visit to Mumbai, where I met many Indian filmmakers, and movie lovers. We exchanged wonderful ideas and shared experiences with each other at the screening of the film and Masterclass event.”

An edgy & gripping tale, Do Not Hesitate turns wide-open terrain into a spectacular backdrop for a story about loss of innocence. Talking about the film, Director Shariff Korve had commented that: I didn’t want to make a film about the biggest picture of the military but to focus on the experience of being a soldier. The movie will be available to the audience till 15th December through the virtual EU Film Festival.