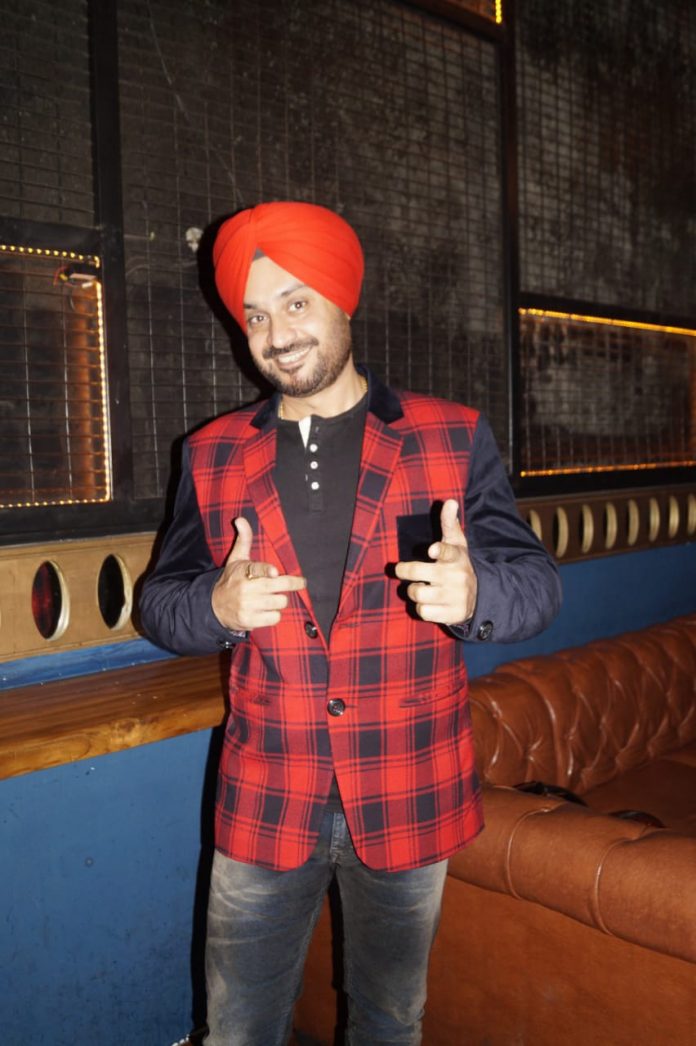 Right after Former Indian cricket star Navjot Singh Sidhu, another star Sardar took a step forward to spread peace beyond the borders through his music. A Punjabi Pop artist Varinder Singh aka Vizz, in collaboration with a well-known Pakistani artist & singer Megha Jee made & performed his latest track “Border Paar” at the Pakistan Wagah Border. And the song has already created a buzz in Pakistani Media.

Well, today Varinder Vizz launched his single “Border Paar” out here in Delhi at The Luggage Room, Connaught Place. He interacted with Indian media and shared his experiences and views while working with the neighbor country. Varinder Vizz (V) is a renowned, versatile Punjabi Pop artist and Music Composer, who has performed over 500+ stage shows across the globe over the last two decades. He is the first Punjabi Pop Artist to debut in Bollywood with a Hollywood Artist. Judi Shekoni from the Twilight Saga – Breaking Down Part 2 Fame, performed with him in the item song “Peg Patiala” from the movie “Club Dancer”.
He performed in 2006 for President A.P.J Abdul Kalam at the Presidents House for which he was given an award.