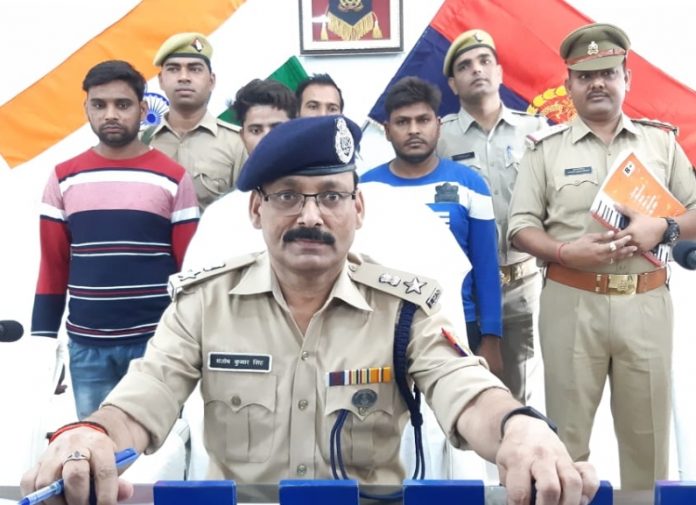 Awadhesh Kumar SHO Aurangabad told that at around 2:00 am, he was checking with his police  team at Pavsara road near Lucknow bypass
Police hinted at stopping these bullet motorcycles, but the motorcycle riders turned back and trying to fled. Police team took stern action and nabbed 4 people and started inquiry.

” 4 arrested people identified as Balram Sasi, Shelendra,Jai Prakash and Shakeel. All belong to Bulandshahr,” said Avdhesh Kumar, SHO PS Aurangabad.
” Police recovered 8 Bullet Motorcycle and 2 other two wheel vehicles and a country made pistol from their possession. In inquiry it came to notice that their is Gang who used to stealing Bullet motorcycle and came in village areas and sale it to in reasonable price. Recovered bullet motorcycles were stolen from Delhi NCRs areas by them we are trying to catch their other associates who got success in in ran from spot due to darkness during checking,” he added.