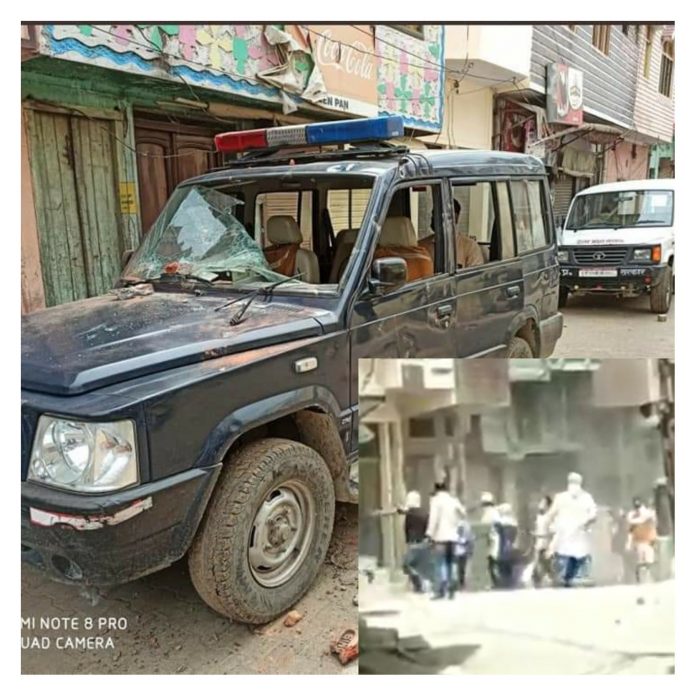 Moradabad: On reaching the corona positive family, the health department and the police team were attacked by a mob, broke several vehicles and injured them in a fierce attack with the team’s logo, on receipt of information, top police and administration officials reached the spot  have gone.

Seeing the death of Corona positive two days ago, today Moradabad Health Department team reached Nawabpura area of ​​Thana Nagfani area to check on his family members, local people surrounded the police and Health Department team and attacked them , Many people of the team were badly injured in this attack, and in this attack broke several vehicles of police and health department, causing uproar and stone pelting  Senior police and administration  also arrive on the spot, and the identify of the attackers started his arrest, giving information on the incident, said SSP Amit Pathak being identified.