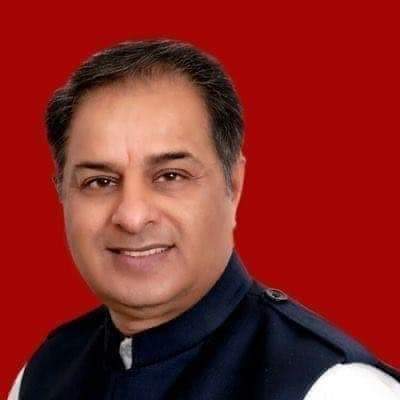 Ghaziabad: The Resident of Ghaziabad and Congress national spokeman Rajeev Tyagi passed away here on Wednesday evening. He was 55 years old. The Congress, BJP, Samajwadi Party and other parties leaders have expressed their agony on his sudden death.

Rajeev Tyagi had participated in debate of private news TV channel at five o’clock in the evening. Suddenly, he felt pain in heart. He was rushed to Yashoda hospital but the doctors declared him brought dead. “He was expired due to heart attack when he was on the way to hospital,” said one of his close friend.

Rajeev Tyagi was popular, senior and dedicated leader of Congress. He was social and cooperation to all party leaders as well Congress leaders. Former Congress president Rahul Gandhi had announced him as Congress spokesman and he was one of the Congress panenist member. A News of India pays its tribute to Rajeev Tyagi.