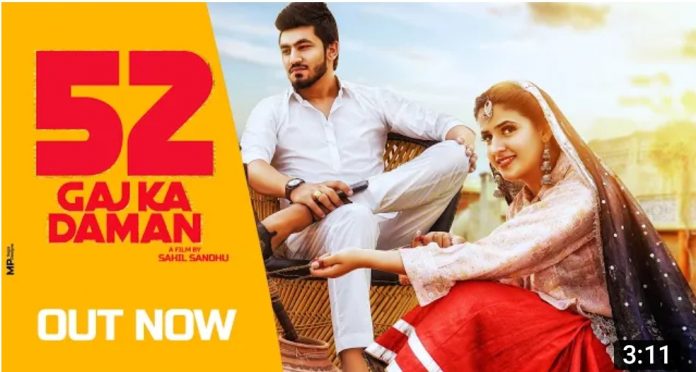 The talk of Haryanvi songs is unique.  DJs of North India, Haryanvi Song countries becoming the pride of wedding parties, are becoming increasingly popular in the world.  This is the reason that now these songs have started making their own identity through great music videos.
One such song is 52 Gaz ka Daman … Launched on YouTube on October 2, 2020, the song has so far received 263,777,309 views.  The popularity of the song’s popularity is that everywhere people are seen flirting on this song.  This song has made its mark in a very short time.

The song features the emerging singer and model Pranjal Dahiya of Haryana, along with actor Aman Jaji.  The song has been given a sweet  voice by Renuka Panwar.  The lyrics of the song have been written by Mukesh Jaji, he also appears in the song.  The video film is produced by Sahil Sandhu.