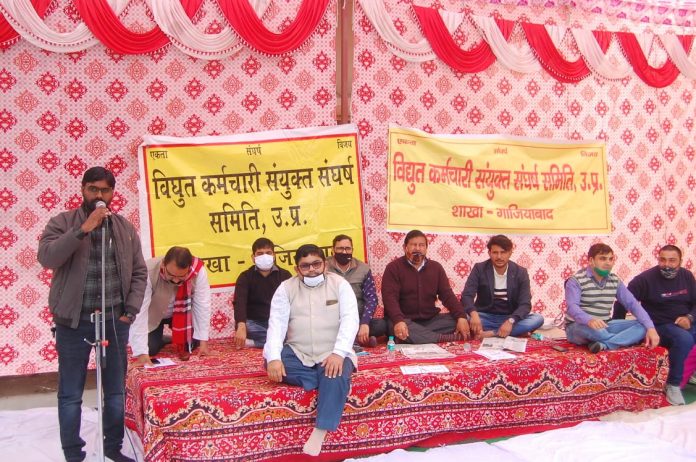 UP/ Ghaziabad: One day nation wide pen down tool down strike and work boycott by 15 lakh electricity workers of the country including Uttar Pradesh Electricity employees, Junior Engineers and Engineers was carried out in protest of Central government policy against privatization of power sector, unification of power corporations besides restoration of old pension schemes. In view of the strike the day to day functioning of power sector was badly affected. Even some places consumers were seen disturbed as some places power suppply was also affected.

Let me tell you that in order to solve the burning problems of the power workers in protest of the privatization policies of the Central Government, all employees of power sector had boycotted the work across the country today including UP state.  Protests were held in each districts and the employees protested  work was boycotted.  All the workers working in shifts in production, transmission and system operations were excluded from the token work boycott.