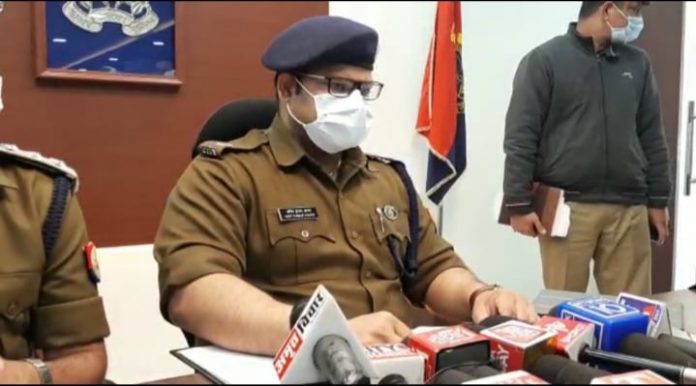 Moradabad: Moradabad police disclosed the Mashroor murder case and arrested 3 accused in this case. Police also  recovered used car and some cash in the murder case.

On December 20 last day, near the Galsheed intersection in Moradabad, a person named Mashroor was shot dead by unknown miscreants while he was going to the doctor for medicine,
according to police, Mashroor had dispute with his in laws. Sabu  Alias ​​Sueb from in laws side gave contract of Rs 5 lakh to kill Masroor, and even on the day of the incident, accused Mullah Ismail was with him, these people had shot Masroor as soon as they reached the Eid Gah rod, crowded areas.  The day had caused a sensation with the roaring murder, the police arrested Rizwan, Ghulam and Mullah Ismail associated with the in-laws. Police recovered country made pistol  from them and remaining 55 thousand rupees. SP City Amit Anand said that many cases have been registered against the three accused.