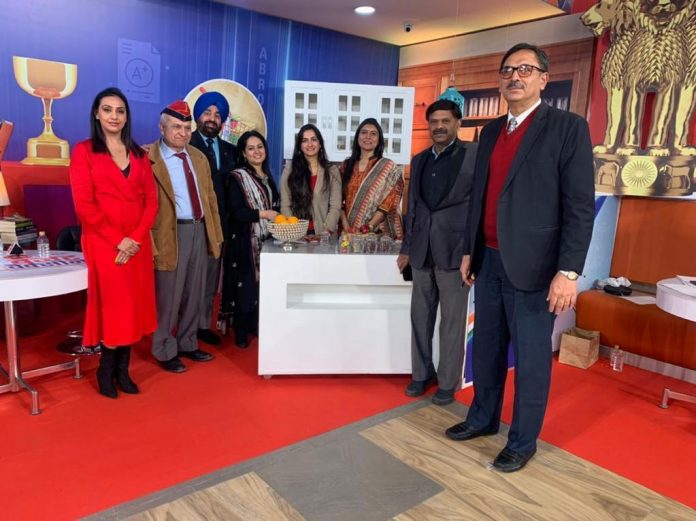 New Delhi: The construction was not under the control of any authority in late 80s and  the builders have taken the home buyers for a ride.  Project delays were most common and buyers were completely under the sweet will of the builders and the builders were not answerable to anyone. Buyers on the quality of the construction  are in total darkness as they do not know whether they were getting good value for their money or not. The consumers felt the need to control the builders.  Builders used to loot the home buyers by charging them under various heads like buildup aera, super buildup area etc and even in some cases not depositing the government dues(GST/SERVICE TAX, Lease rent) to pay for share in compound walls, open spaces facilities etc. without any murmur or protest after taking the money from the buyers
The Consumer Protection Act of 1986 has introduced some mechanism to control the builders.Mr Nitin Saxena , after winning the landmark judgement against a construction giant (ANSALS) from the Supreme Court in the matter of Ansal hosuing In the year 1993 and construction limited vs Nitin Saxena,author realized the pain of the common consumer of the country and suggested the Ministry of Urban Development Government of India to have a regulatory authority to protect the interest of a common man whose money are struck by the builders in various projects
Author who is a top consumer activist has given his suggestion to government by writing regular columns in National dailies (Economic times,Financial express,Times of India,The Pioneer,the Hindustan Times etc.)and also given his views in national electronic media Delhi Doordarshan
ZeeNews,News24,IndiaAhead,IndiaTV,Newsnation,SamacharPlus etc) . On the basis of various movements RERA Act was passed and an Authority was established under the Act, with an intention to discipline the builders and developers and to invite investments to this sector. Under the Act all proposed projects exceeding 500 sq.mts or more than 8 apartments must be registered with the respective state RERA authority.  The authority is having judicial as well as powers to regulate the registered projects. . The rights of the homebuyers are protected and builders and developers are prevented from diverting the funds for other purposes.  Besides this it is easy to get a home loan if the project is RERA registered one. The builders and developers are made accountable and has to inform the progress of construction progress to the buyers regularly and handover the possession to the buyers on the agreed date by the authority.  The builders cannot collect more than 10% as advance from homebuyers. Now the builders cannot sell more than carpet area which means the area within the four walls of the house to the home buyers.

In the matter of builder Imperia Structures, the builder started the project in 2011 was suppose to complete the project within 42 months (by 2015) well before the project was Registered with the RERA Authority.  The builder got extension till Dec.31,2020.  Aggrieved with the said extension some homebuyers approached NCDRC through author who is President of ALL INDIA CONSUMER EDUCATION SOCIETY, and the Hon’ble NCDRC in 2018, directed the developer to refund the amounts deposited with simple interest at the rate of 9% per annum from the respective dates of deposit till the date of realization together with costs of Rs.50,000 to be paid to each of the complaints.  Aggrieved with the said order the builder has moved the Hon’ble SC against the order of NCDRC and contended that the NCDRC jurisdiction has been ousted by RERA, since RERA is sector specific and consumer courts cannot entertain complaints against home buyers. The builder further contended that once RERA came into force all questions relating to construction and completion must be dealt with under the Law of RERA and the NCDRC ought not to have entertained the consumer complaints. It is relevant to mention here that till date the project is not completed and homebuye