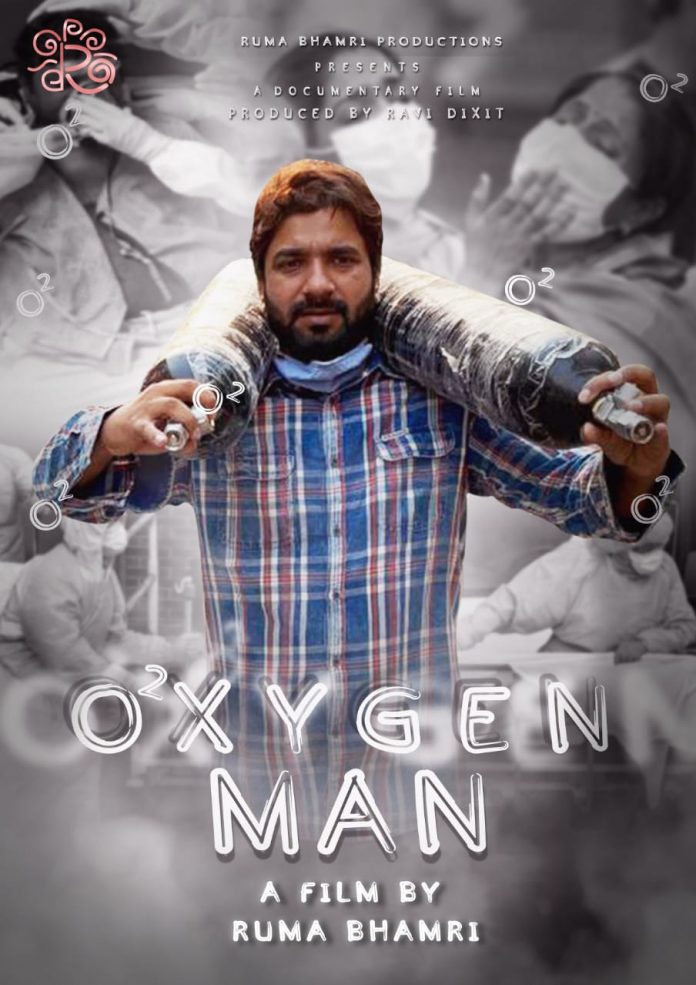 Recently Ruma Bhamri has written and directed a film named Oxygenman. This is a story in which it has been shown that how people were troubled in this corona epidemic which was painful for everyone and then thousands of human loving people came out as messiahs from among the general public and they helped the people. Helped in every way. Basically this story is the story of the Messiahs or saviours In which in the second wave corona, messiah Kunwar Shahzad, who distributed oxygen cylinders to thousands of people, which saved thousands of lives, after people gave him the title of Oxygenman.

The film has been made in two presentations, A short film in which Oxygenman is played by Javed Abraham and Second is documentary film showing a journey of the Messiahs.
The producer of this film is Ravi Dixit, music is composed by Piyush Chaudhary and Sanjeev Sharma took charge of editing. Apart from this, the film GIFT directed by Ruma Bhamri will also be seen soon.
In the Oxygenman project, the first short film has been released on 30 June and the documentary film has been released on 1 July 2021 at 7 pm, on YouTube channel, Ruma Bhamri Productions.
Let’s see what color their hard work brings. Like us, many many congratulations to the team of the film.