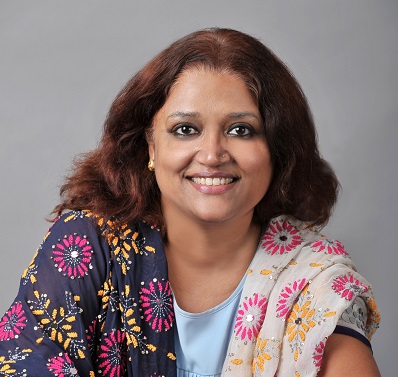 I have been framing a question for the longest time – How Indian is an American of Indian origin? As a parent of children categorized across US census as Americans of Indian origins, I am amused and a little guilty – Whenever Indian Media and large sections of Indian people applaud NRI achievements as a personal glory, shouldn’t we be certain if this sense if identity is shared or is this too sacrosanct a presumption?

Over the last twenty years, I observed my own transition as an NRI and observed others from my generation. With the preceding generations, I noted their sense of oneness and belonging even in Indian people, who had lived in USA for half a decade. It explained the large remittances and hold of the born culture on one’s identity.  As a researcher, I read and saw the physical disconnect of migrants with day to day lives, social policy, and politics of the nation they had left behind. Even so, their surprise at the changing social, economic, psychological scenario of ‘Indianness’ was odd to me. Their expensive, short, every-two-year-visits to India were to reconnect with old familiar things. They did not have the privilege to identify or to understand the changes in their environment.   In USA, migration patterns have undergone dramatic changes in the last seventy years. USA more than other immigrant nation has for the most part worked to become accommodating, inclusive, and less insistent on artificial assimilation for all migrant groups.

As an instructor, I have also interacted with a fair number of international students. Students mostly from IT and MBA backgrounds carry their Indian credo with ease – loyal to family, community, and nation. They had no doubts about their identity or sense of belonging. Contrastingly, when I was a student, I had observed the embarrassment of the second-generation Indian-origin student at being associated or being thought of as international too. Nineties and early two thousand, research on ethnic identity related in-group relations, shows young people were still subjected to discrimination and feared it.   But with socio-political diversity and push-back from being marginalized; identity dialogue is undergoing transition in USA, to say the least.  While happy to be part of diversity, the 2nd and 3rd generation Indian Diaspora cannot be typecast for affiliations. Their sense of confusion, leading to them being called ABCD, might have submerged, but it has not been replaced by a claim to ‘Indianness’ as an identity.

For India and Indian society, there appears to be no distinction between the second or third generation of migrants. The presumption that these generations belong to India stem from the same mindset as that of the Indian Diaspora about India. People living in India, know little about the influences of ideology, education, peer group pressure, cultural assimilation requirements for immigrant children. Second and third generation migrants of Indian origin are in fact a distinct group, with their own motivations and compulsions. Their exposure to elements of Indian cultures, through Indian movies, Indian music, religious association with institutions like local Temples, Mosques or Gurudwara is present. But arguing that this demonstrates an affinity to India the nation, or a sense of belonging to Indian society and culture, is doubtful. Family, in the USA is not a primary socialization tool for young people. In fact, the dominant cultures question, the core concepts of faith, nationalism, family, and constancy in affiliations. While, it has repercussions for individuals, it also has implications for group identity and identity politics.

These nuances in identity politics is important to discuss now. With growing global presence of India, it needs advocates for her transforming identity as a global leader. With numerous politicians of Indian origin finding powerful positions across US and UK, the Indian government and Indian state – the opportunity is extensive. The term diaspora itself needs to be deconstructed. Else all the accolades that splash across our media and our government spaces for these ‘people of Indian origin’ will not be adequate to build and retain a sense of identity, commitment, and belonging to India. To begin with, we cannot presume an affinity or affiliation. The Indian outposts and consulates would do well to cultivate the second, third, fourth generations, as a resource for both financial and political capital.  And in the meanwhile, not enough can be said about the amazing patriotism and commitment of Indians who are literally fresh off the boat…the government should use her own resources to support them politically and financially.

Dr. Shweta Singh is a policy analyst, coach, and author of the Series – The Making of Indian Woman Hood.