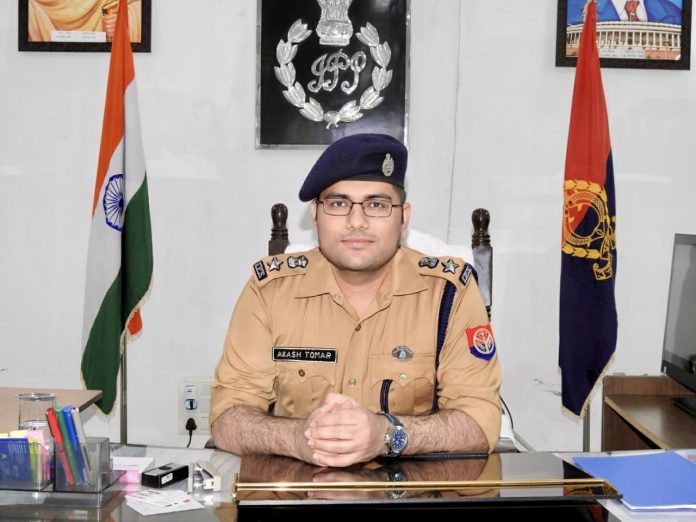 Saharanpur: A big news is coming out from Muzaffarnagar, in which the DSO Muzaffarnagar B K Shukla has been arrested by the Saharanpur police PS Sarsawa , on the allegation that he was doing corruption.

Saharanpur Police Captain Akash Tomar took a big step regarding corruption complaints, according to which he arrested DSO Muzaffarnagar B K Shukla involved in corruption

12 members of a gang targeting national security/economic apparatus of pipelines from Panipat refinery were arrested. They had stolen at least 1 lakh litres of diesel & petrol in the past 2 years in 16 incidents in West UP and Uttarakhand. Large diesel tankers, tractors, luxury cars, drilling equipment recovered and petrol pump owners had been arrested. IOCL team had earlier raised the issue to DGP U.P. & DGP Uttarakhand after which team was formed by Akash Tomar, SSP Saharanpur.
While talking to SSP Akash Tomer said, “Earlier, Sriram Kannaujia posted @ District supply office was arrested. He had accepted taking Rupees 30,000 per month on behalf of DSO for facilitating illegal operations at petrol pump at PS Bhopa, Muzaffarnagar”