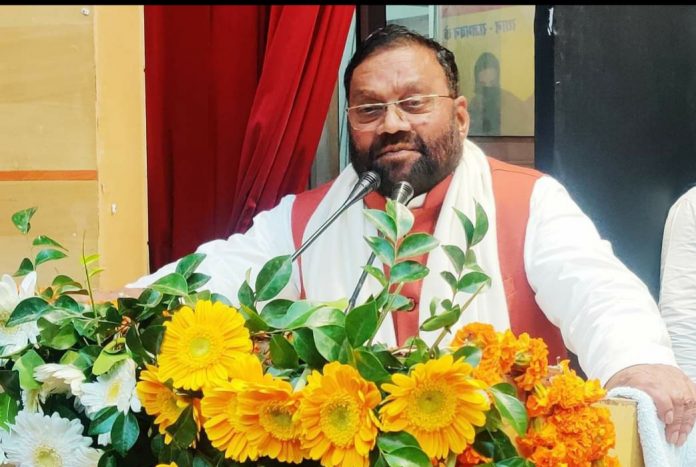 UttarPradesh: The MP-MLA court of Sultanpur has issued arresting warrant against former cabinet minister Swami Prasad Maurya on Wednesday a seven years old criminal case. He was failure to present himself in court today on hearing scheduled date. On January 6, the court had earlier ordered him to be presented himself in court on 12 January, but he didn’t follow the court’s orders, said the one of the court official. The court has decided next hearing in this matter on January 24.

Seven years ago, when Swami Prasad Maurya was the leader of Bahujan Samaj Party, he had delivered statement against Hindu Gods and Goddesses. and other Hindu. The advocate Anil Tiwari had got file a case against him alleged insult of Hindu Gods- Goddesses and to heart feelings and faith of Hindu religious. The case is going on under trail. Maurya did not appear in court in this case and court had issued warrant against him. He has been absent constantly during the hearing the case. Finding him absence again on hearing,the court has continued his arresting warrant. ‘The court has ordered to present him court on 24 January, said Advocate, Anil Tiwari, the plaintiff.